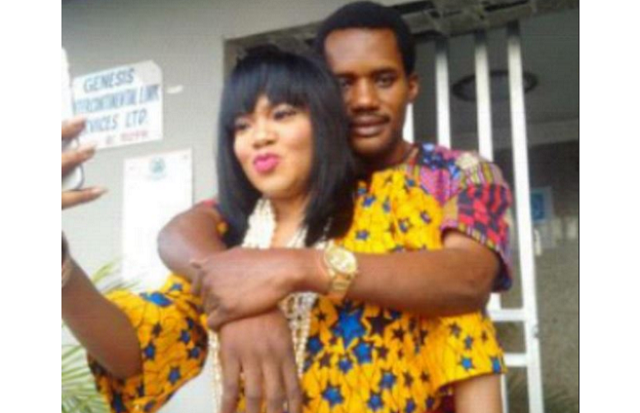 Seun Egbegbe confirms he deflowered Toyin Aimakhu – Toyin Aimakhu will be wishing she didn’t rekindle an affair she had with her teen boyfriend, Seun Egbegbe.Toyin moved unto her apparent first love, Seun Egbebe after her marriage with Niyi Johnson hit the rock. The end of that relationship has proved more dramatic than her legal marriage.

Rumors last month were that Seun Egbebe is Toyin Aimakhu’s First. There was no proof of that until big-mouthed Seun Egbegbe revealed in an interview with Goldmyne TV that he dated Toyin Aimakhu, 31, 15 years ago.

Toyin was probably 16 years old at that time – which is a confirmation of the rumor.

Watch his interview below