Student forced to drink his own urine at federal polytechnic Ede – See why! 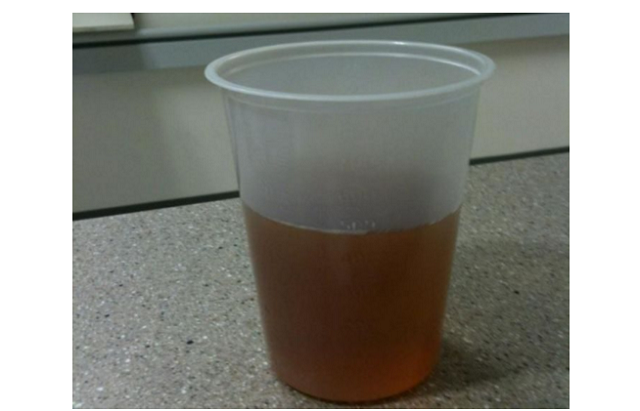 Read what he sent below:-

Without me Nigeria will be dull – Crossdresser, James Brown…

In this our great citadel of learning, Federal Polytechnic Ede, wonders shall never seize to exists & just when you think its over, that’s when you realise it is just the beginning.

Of the greatest Nigerian comrades, its indeed nothing but a slap in the of all the comrades in this citadel if we fail to take a very strong action on this issue, yet no one is believing it & is indeed real.

I got to the medical centre just to confirm the authenticity of this unbelievable but a reality report that a student of banking & finance was forced to be given urine to drink by the ‘Man O War‘.

The information i gathered confirm that this great Nigerian student came late for test alongside his other friends in which an instruction had been given before they came in that they should sit three on a chair, however, the poor boy didn’t know about this, as he rushed in with his colleques, they just went to sit somewhere, as the lecturer saw them, he got angry and called man’o war to come & arrest them.

On getting there of the so call man o’ war, they took those three guys to their base where they were told to start rolling from one angle to another. The victim insisted that he’s not really feeling good and that he doesnt have the enough strength to handle such punishment but he was forced to serve the punishment and eventualy took permision to go and ease himself. He was given either a pure water nylon or a bottle according to the information gathered, he went to one side of their base and ease himself.

Meanwhile, he didnt know he has committed a serious crime for doing that around their base, he thought it was a joke when he was told to start drinking his urine, when he refused, they started torturing him and when he couldnt bear it any longer, he accepted to drink his urine in which he actually did. When he was feeling uncomfortable, he was rushed to the medical centre and attended to at the emergency bed. I personally went to meet this guy in one of the wards, i met him sleeping n sweating profusely & I asked God why.

I tried the Banking & finance president’s number but not reachable. I met Igbimo, com Arise & Newton Naps provost, we all deliberated on this issue & the matter is now left to us to handle. I want to believe the league of presidents of this citadel will not dissapoint the great Nigerian students on this issue. This is a total injustice, its a slap on our face, its inhuman as it is an abomination. We must not keep quiet on this, we not take it lightly, We must act. Power they say, concedes nothing without a demand, it never did and never will.

Lets stand on our feet & say NO to defeat. Lets say no to intimidation, lets say no to victimization. They are our oppressors, lets communicate to them in the language an oppresor can easily understand. Lets not continue to be tools in the hand of the capitalists, lets prove to them that we re highly intellectual people. I wait anxiously for our individual responses. If any error, mistake or an flowering language occurs in this write-up, plz overlook, it is subjected to the burning fire of frustration in me.. God bless us all.

We hope the Authority of this Great Institution take this up and act accordingly.