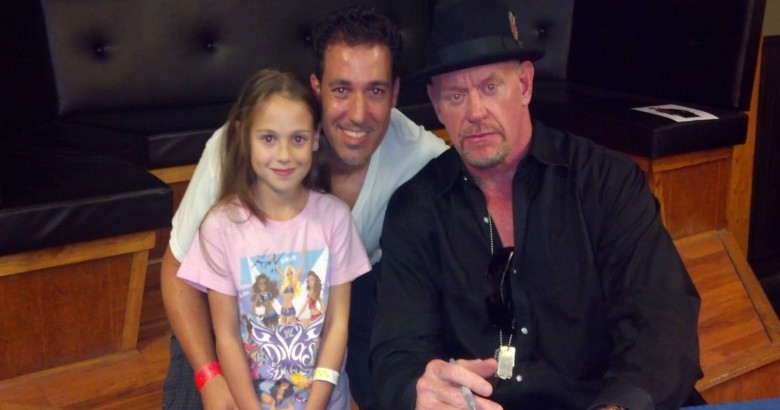 Stories that proves The Undertaker is not a demon – The Undertaker is one of the most famous wrestlers of all time. His career has eclipsed WWE and he is also in possession of the longest undefeated streak in WrestleMania history. Sadly, it all ended at WrestleMania 30 when “The Streak” was broken by Brock Lesnar. The Undertaker wasn’t seen for an entire year, returning to defeat Bray Wyatt the following year.

This year was no different; he defeated Shane McMahon in his famous Hell in a Cell Match before disappearing from WWE TV. This has become the way of Undertaker’s career over the past few years, he’s the perfect candidate for playing the role of a Deadman because he manages to pull it off so well. But The Undertaker has a much softer side.

WWE doesn’t often publicize the great things that Undertaker does for his fans. Some fans are still determined to prove that The Undertaker really is a demon, but the following list of 10 stories will prove beyond all doubt that The Undertaker isn’t really a bad guy outside of the ring. Back in 2010, a video was uploaded to YouTube that showed Undertaker granting a young fan a wish of a lifetime when he went and met Amanda for the first time.

Amanda was a huge fan of The Deadman, and her one wish was to have the chance to meet him. He made her wish come true and she is visibly speechless at the fact that she is meeting one of her heroes. Undertaker also gave the youngster a signed T-shirt and WrestleMania merchandise as a way for her to remember the incredible occasion.