10 Ridiculously bloody matches that took place in WWE (With Pictures) 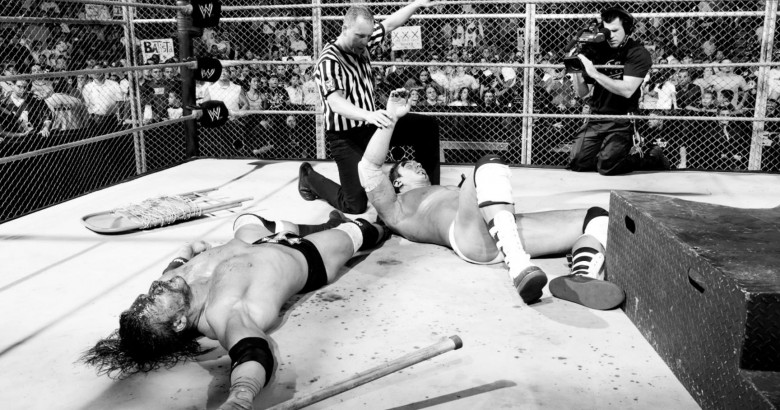 Ridiculously bloody matches that took place in WWE – During WWE’s infamous Attitude Era, the company became famous for showing a lot of blood during matches and even introduced the dreaded “First Blood Match.” This kind of match had no rules – except for the fact that it only ended when one of the two competitors bled. It wasn’t a popular kind of match, but it proved that WWE liked blood to be present during their feuds.

When WWE rebranded into the PG era, they decided that blood was no longer acceptable and any superstars who purposely bleed would be fined. Even though WWE stars are no longer allowed to blade, that doesn’t stop them.

Over the past few years, blood has played a role in WWE’s programming and without it, many personal rivalries would have lacked a deep, meaningful touch. Blood allows superstars that seem unbeatable suddenly look like they’re mere humans, and WWE has learned that over the past few decades.

The following list looks at the 10 bloodiest matches in WWE history, whether the superstars were allowed to blade or not.

In Your House: Beware of Dog included an incredible match between two of the greatest technical wrestlers of the past generation. These two collided at SummerSlam 1992 in one of the greatest matches ever, but this one was great for many other reasons.

Bret Hart was thrown into the steel steps and was forced to blade, a thing that he rarely did during his WWE career. The crowd was into the match after Hart had shown some colour, and he ended up being victorious, so maybe it wasn’t such a bad decision.