14 Movies that will make you miss your childhood – Do you remember #2?? (With Pictures) 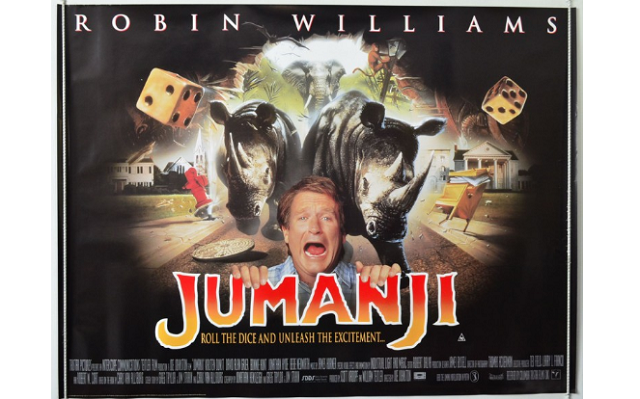 Movies that will make you miss your childhood – Ah, the 90’s, there was nothing like it. Playing outside only to come back in itching something fierce because you have rolled in the grass one time too many. Watching the street lights come on and realizing this was your cue to go home. Saturday morning cartoons that played back to back, and TGIF on Friday evenings that had you glued to your television sets.

Let us not forget that the 90’s also brought up some great family films, the type that we may never see again no matter how many remakes take place. These films made us feel excited, warm and a part of something. Carpool made us all want to get kidnapped by a donut loving freak. The Babysitters Clubmade us want to be young entrepreneurs and start our own business. Dunston Checks In made us want to own a Chimp, and Jungle2Jungle well, we all clearly wanted to find a boy that looked like Mimi-Siku.

Watching a film from the past can bring up so many emotions; good, bad, whatever they may be, they are connected to moments that did something to our senses. They inspired us to be something; a writer likeHarriet The Spy, a witch like the ladies from The Craft, or simply just an actor so we too could have that affect on people. Here is a mini list (there are so many more) that make us long for the films of our youth and remind us of how awesome our childhoods actually were.

This film is about a group of fat kids going to a fat camp, who take it upon themselves to fight back against the camp owner. Genius! The enemy is so perfectly played by a young pre-Zoolander Ben Stiller. This film made you nostalgic for an awesome away camp experience that in the back of your mind you knew you would never have but a kid can dream right? Heavy Weights made you realize how awful diets were and how unhealthy an overweight lifestyle is which then made you realize you were stuck between a rock and a hard place.