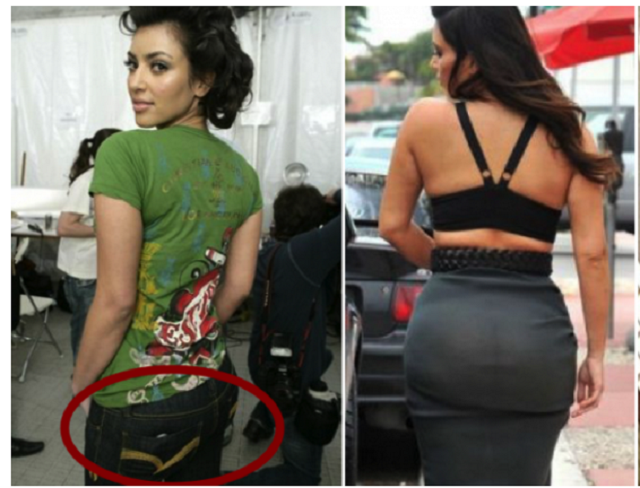 The above photo was taken in November 2006 – a time when no one knew what a Kardashian even was. Although, she had a reality show in the works, Keeping Up With The Kardashians had not yet premiered on the E! network and Kim was known only as Paris Hilton‘s sidekick/assistant. Her butt in this pair of dark washed jeans is normal sized and proportionate to her build. Kim Kardashian rocked this light blue bodycon dress in June 2007. Over the years, the bodycon dress has been a staple in her closet and has served as a way to show off her growing curves. At this point in time, Kim’s stardom was rising but she was considered a socialite, and not a reality star yet. Again, her booty is proportionate to her body. It looks great, but at this point in time – it wasn’t the talk of the town. Jennifer Lopez was still queen of the celebrity booty club, but Kim was now a member of it.

Watch as Davido shows off his cooking skills as he joins his sister, Sharon on…