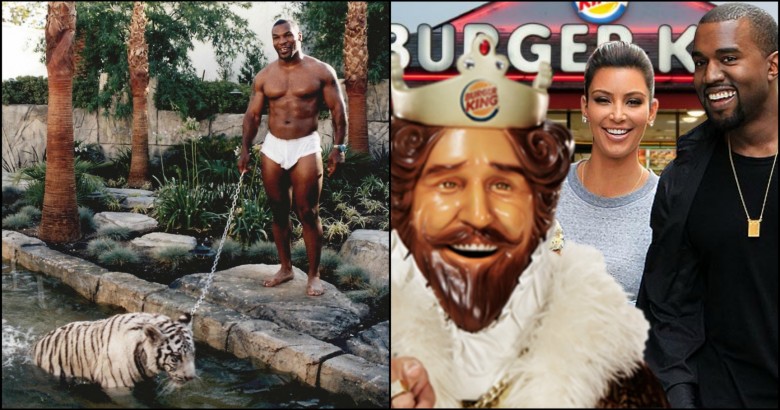 Things celebrities wasted money on – What is the craziest thing that you’ve spent money on? While you may have tried hard to justify the purchase, everyone has some skeletons in their closet; things that they wish they had not dropped some serious bucks on. Being a celebrity is a double-edged sword, as it seems that you’re able to afford anything in the world, but as you’ll learn, that also leads to some outrageous purchases.

Do you love your house? That’s wonderful, but I wonder if you like it more than the house that Parisbought for her dogs. I’m also going to warn you, her house was also probably significantly more expensive! How about your car? It may be nice, but you’ll quickly find that it may not hold a candle in comparison to the car that Miley Cyrus bought for her dogs!

Do you have a favorite hat? What would you do if you were in a different country and realized you left it behind? Your answer may not be to fly the hat first class…but you also aren’t Bono.

Are you a father, or at the very least know what a sonogram machine is? It’s a wonderful medical invention, but it probably wasn’t meant to be bought and stored at home…That didn’t stop one of the celebrities on the list. Bono was in Italy for a charity gig with Luciano Pavarotti when he realized that he had somehow forgotten his favourite black trilby hat. This is just not acceptable for a rock star, so he ordered a cab to arrive at his house and pick up the hat which was then delivered to Gatwick Airport.

Bono bought the hat a first class ticket, refusing to allow the chance of it being ruined by other luggage. The flight attendants were still concerned, so the hat ended up sitting up in the cockpit beside the jet’s captain for the duration of the ride.

The ticket ran Bono an additional £1,000, but the star reportedly would not have performed had the hat not been there. You can imagine that if that was the case, it would not have exactly resulted in the best public image for Bono. I suppose when you have a favourite hat and money isn’t an issue, you’ll do whatever it takes to make sure it gets to your head as soon as physically possible!