20 Mesmerizing tattoos found on the hottest female celebs – See where they were tatted on! (With Pictures) 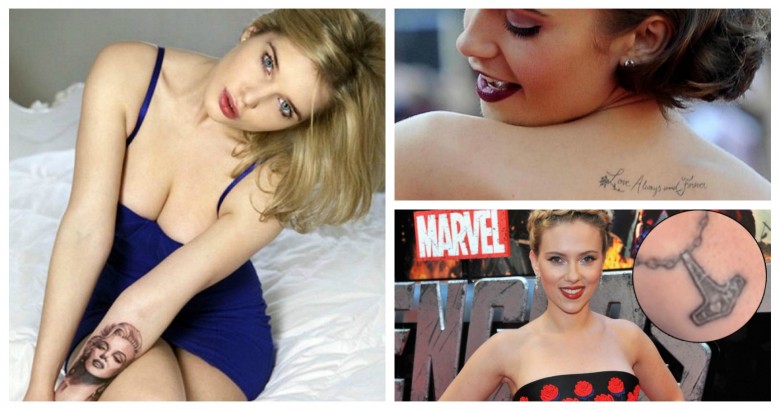 Tattoos found on the hottest female celebs – The journey toward self-expression is one that can be shared by all, but the means in which this is finally obtained can vary greatly depending on the sort of person you are on the inside. While some dye their hair crazy colors, others act out, well, some get tattoos as a way to show who they are to the world in a creative yet personal and permanent fashion.

When it comes to an act of this nature, there are no worries about who you are in regards to the rest of the universe because this is for you and you alone. So, in this case, celebrities have as much of a right to do it than anyone else and they typically don’t care what anyone else has to say about it.

Given, sometimes there are clauses in their contracts between themselves and their agents stating that they can’t get this or that done, but that hasn’t stopped a celebrity from doing it anyway in the past and, well, the future will be no different. A sense of rebellion is inherent in us all and even the sexiest of us have the urge to do something crazy every once in a while. On that note, feast your eyes on the hottest women who have gained fortune and fame and their even sexier body art! Sure, a moth may not typically be viewed as the sexiest insect alive, or most likeable one for that matter, but the way that the wings compliment her lovely shoulders is quite alluring despite all odds. Having chosen her tattoo choice due to the expansive wingspan to cover up the Roman numerals that were there prior which were commemorating her marriage, she explained that the only reason why she chose it was because it was large enough to hide her past mistakes. This being said, it looks fantastic nonetheless. 2016 is the year of change for Cuoco and here’s to hoping that it will bring nothing but better things her way.