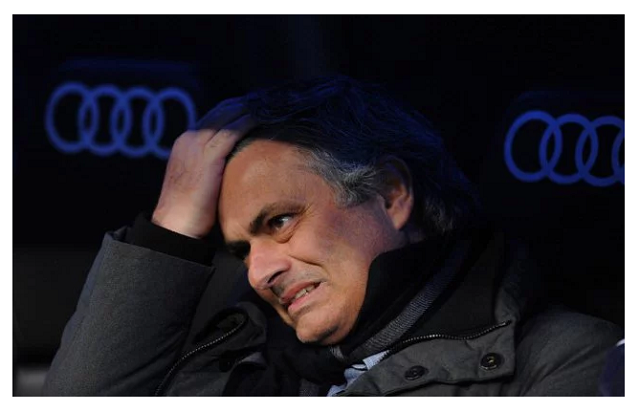 Chelsea block Mourinho’s Manchester United move  – Jose Mourinho is expected to sign a five-year Manchester United contract worth £75 million – The former Chelsea, Porto and Real Madrid coach will be given £200 million to spend on new stars – Chelsea reportedly still own the rights to Mourinho’s name.

Jose Mourinho’s appointment as Manchester United manager is being held up, The Independent reports.

“The special one”  has reportedly agreed personal terms with United. Mourinho will be given £200m to spend on new players when he signs a  five-year contract worth £75m. The Daily Mail UK reports that an agreement was reached midway through the season to give United the option of bringing him in if Van Gaal failed to meet their targets.

However, the European Union’s Intellectual Property Office database states that “Jose Mourinho” is a trademark registered of Chelsea.

Furthermore, the Independent reports that Mourinho’s signature was also registered by the club but expired in January 2016, although the ownership of the manager’s name will not expire until March 31, 2025.

According to the newspaper, other image rights are delaying an official announcement, namely United and Mourinho’s opposing watch partners, with United teaming up with Bulova and Mourinho with Hublot.