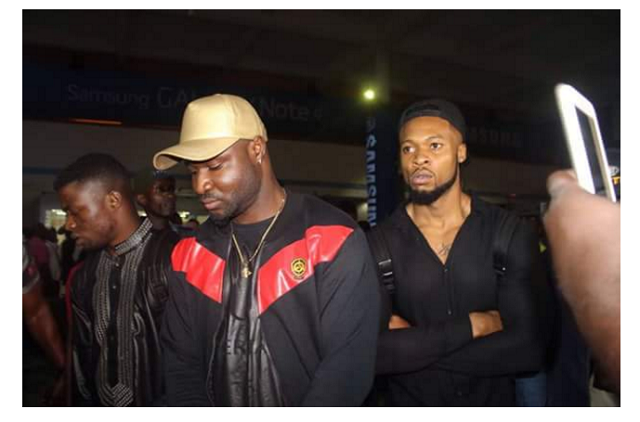 Flavour loses to Shatta Wale at Ghana Face-Off – The 2016 edition of the much anticpated Ghana’s annual music face-off event tagged ‘Tigo Ghana Meets Naija’ has finally held. The event sees a number of a-list musicians from Ghana and Nigeria going off against each other and showcasing their amazing talent and musical prowess.

The event which held at the Accra International Conference Center, saw winning the heart of the audience, until Flavour was pitted against Shatta Wale.
It can be recalled that Flavour had bragged confidently about beating the Ghanaian singer.

“I hope he [Shatta Wale] is ready, he should bring it on…I have seen him perform and I know he has lots of energy but I will be ‘flavouring’ everywhere,” the ‘Ada Ada’ crooner had said in an interview, adding, “I have played and performed with my band and we have had lots of rehearsals as to how to get the people dancing and I have been working on my dance moves too”.

At the event, Flavour was the last act of the night, a tragedy many people would later agree, because after Shatta Wale was done with his electrifying performance, the audience began to pack up, leaving Flavour with only a measly, kind crowd. Flavour, sadly, lost.

However, Nigeria still emerged the winner, and it’s all thanks to Harrysongwho beat Ghana’s Pappy Kojo during the first round, and Olamide who won the heart of Ghana in the second round, beating rapper EL.