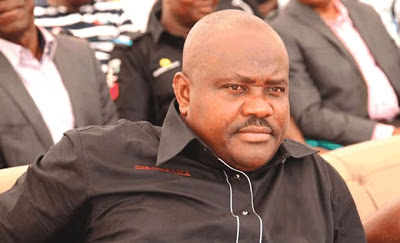 In a statement released by the Special Assistant to the Rivers State Governor, Electronic media, Simeon Nwakaudu, The Chairman of the 2016 Peoples Democratic Party, PDP, National Convention Planning Committee and Rivers State Governor, Nyesom Ezenwo Wike has explained that the party had to let Former Acting National Chairman, Senator Ali Modu Sheriff go because  his leadership  was destabilising  the  party.

In an interview  on Saturday  night after the 2016 National Convention in Port Harcourt,  Governor Wike said: “All along, the crisis has been about the former  acting chairman whose emergence  was strongly opposed.

“This is destabilising  the party  and so we had to let him go. What is important  is the  party and not the individual. No sacrifice  is too much  for anyone  to make as far as PDP  is concerned “.

He noted that he had no personal  interest in supporting  Senator Modu Sheriff as he was the best option  at the time he emerged.
He said that PDP will  continue  to  grow  from strength to strength as it remains  the only hope for the country.
Governor Wike said: “We will  not allow the PDP  to die or suffer divisions under our watch. History  will never forgive us if we watch the party die.”
The governor  said  that  the  party leaders would work  towards maintaining  unity amongst all members  of  the  party.
He said  despite the  challenges, the 2016 National Convention was successful  as the party has been  repositioned in the  interest of the nation.