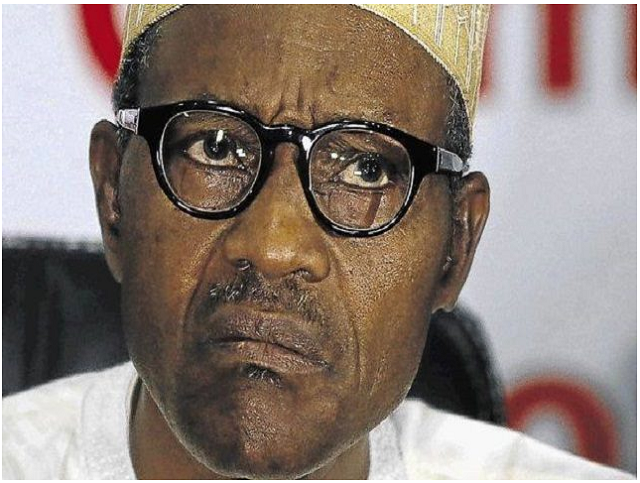 Buhari’s 7 mistakes in his 1st Year – A year ago, Muhammadu Buhari was Nigeria’s Rorschach test, upon whom Nigerians could project their disparate yearnings, following widespread disenchantment with the administration of Goodluck Jonathan. To govern, however, is to choose, and the choices the leader of this diverse entity called Nigeria makes in a 12-month period, are what has largely revealed his personality.

Like any new leader, especially one dogged by security threats and plummeting economic indices, President Buhari wishes he could have had it less tough.

Mr. Buhari stated earlier this year that he wished he hadn’t been elected president at a time Nigeria was grappling with severe insecurity and low crude oil prices at the international markets.

“But I say why me? Why is it that it is when they have spent all the money, when they made the country insecure that I returned?” Mr. Buhari lamented in a February 5 interview with Al-Jazeera. “Why didn’t I come when the treasury was full? Oil price was over $140 per barrel and when I came, it slipped down to $30.
Why me?”

Although Mr. Buhari still frequently blames his predecessor for running the country aground, bequeathing only a “virtually empty” treasury to him, he also committed ample embarrassing gaffes in terms of policy pronouncements and his deliberate indifference to the public mood.

Since Mr. Buhari did not participate in any debate during the campaign–and the number of times he made stump speeches for himself could be counted on fingertips—it is hard to suggest that the president would, in hindsight, wish he had not pit an ardent campaign against his major challenger, Mr. Jonathan.

Juxtaposing the current state of his presidency with the euphoria that greeted his emergence as winner of the historic 2015 elections, here are some low-hanging fruits that require no legislation that Mr. Buhari should have plucked to assert himself clearly as a leader who has both the moral and intellectual astuteness to effect the fundamental changes Nigerians have long craved.

Mr. Buhari is arguably the first-ever Nigerian leader that was elected into office on the perceived strength of his character as a conviction politician that could decisively deal with corruption —Nigeria’s worst bane.

To further convince Nigerians that he was, indeed, a frugal and incorruptible man, Mr. Buhari, in one of his speeches, said he would publicly declare his assets upon assumption of office. He also said he would prevail on his appointees to do the same.

Shortly after his swearing in, Nigerians began demanding copies of Mr. Buhari’s assets declaration documents as submitted to the Code of Conduct Bureau. And the president began prevaricating about the matter immediately.

At first, he released a statement claiming to have fulfilled his public assets declaration vow on June 6, 2015. That turned out to be misleading. Mr. Buhari only submitted his assets declaration form to the CCB as every government official is mandated to do.

Under intense public pressure, the president released a statement enumerating his assets and those of Vice President Yemi Osinbajo. The statement was at best imprecise, with no clear details of listed assets.

It failed to provide addresses of landed of properties, vehicle models, assets of spouse and children as required by law, and more. The presidency assured those details would be available to every Nigerian once they were verified by the Code of Conduct Bureau.

The bureau has since done so, but Mr. Buhari still refuses to come entirely clean on how much he is worth, even though the Ahmed Joda transition committee advised that immediate public declaration of assets would be a “quick win” for Messrs. Buhari and Osinbajo.

Questioned during a presidential media chat in 2015, a visibly itchy president questioned why he was singled out, from amongst the governors and other political leaders.

Till date, a day away from the government’s first birthday, the president has failed to disclose his assets by sending the photocopies of what he submitted to CCB to the media, as former President Umaru Yar’Adua did.