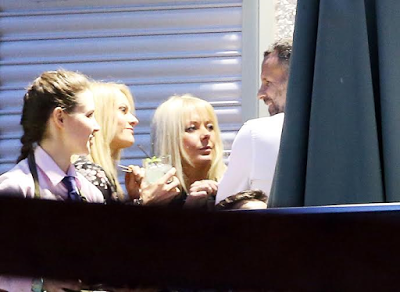 Manchester United legend Ryan Giggs was pictured sharing jokes with three women at his George’s restaurant in Manchester as pictures surfaced of his wife, Stacey, crying outside a night club in Manchester amid divorce and marriage problems as a result of Giggs’ infidelity. The photos according to Sunday Mirror, taken at the Manchester United legend’s eatery, should prove things are over for long-suffering wife Stacey after she ended their marriage and will possibly take 50% of his £40million fortune.

Read the report by Sunday Mirror after the cut + more photos

Giggs, 42, was holding court with two blondes and a brunette.Yesterday one friend close to Stacey, 37, said:

“If there was any doubt that things were over between Ryan and Stacey this picture proves it. It’s the final kick in the teeth for her.”

Stacey and Giggs held crisis talks last week to try to save their marriage.

The footballer has vowed to stay at the ­marital home for as long as he can for the sake of the couple’s two children. And Giggs, United’s ­assistant manager who watched his club beat Norwich 1-0 yesterday, has confided in pals he may look to leave the Premier League club before the new season to make a fresh start.

Our exclusive ­pictures of Giggs were taken five days after he and Stacey had a heart-to-heart over whether there was any chance they could heal their shattered relationship.

They left George’s together on Sunday night and returned to their nearby ­£4million mansion in Worsley, Manchester.

The pair spoke late into the night trying to find a way to patch things up. But on Thursday Giggs was back at George’s for a spring party where he soon caught the attention of a group of ladies at the bar.

There is no suggestion he is ­involved with any of them. But an onlooker said:

“He seemed to be in good spirits. He was laughing and joking with everyone. There were a lot of his friends there and he was having a good time.

“He was having a joke with a table full of girls. You wouldn’t think he’d been all over the papers because his marriage is on the rocks. He was having a good time.” 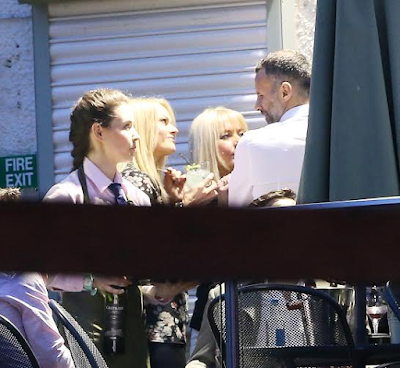 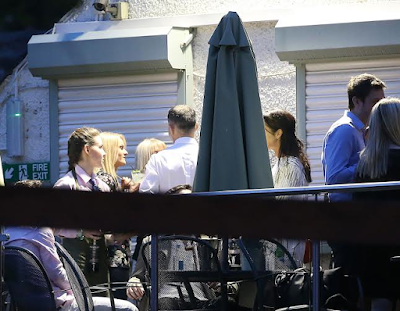 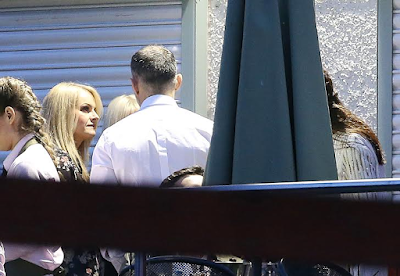 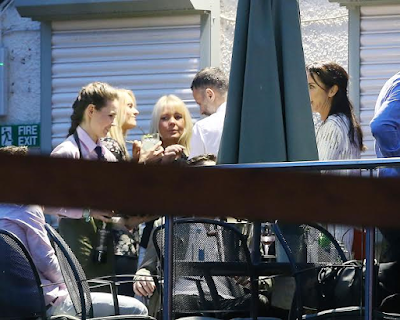