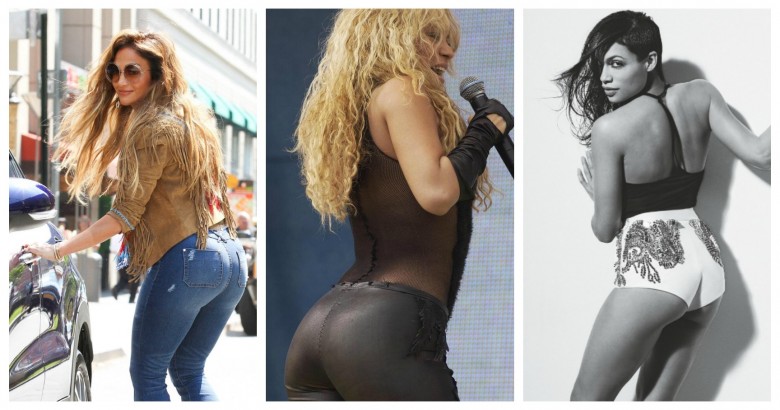 Hottest Latina stars with marvellous butts – Latins have something special to them. The accent, the skin, the looks, something about their DNA seems to just push them being amazingly hot and sexy. Just look at the shows on Telemundo and you’ll see it on display… not to mention the scorching ladies of prime time and other shows. So many major Latina stars have shown off plenty of times for acting gigs, concerts and more to gain attention and major fame. So many hot Latinas out there to show their stuff and have a great time doing so.

It may be crass to say but so many of these Latina stars boast quite a bit in the booty department. So many of these ladies boast rear ends that are utterly fabulous in every way. From big ones to more toned, they all show off, especially in revealing clothing and social media has only enhanced their fame in many ways. Actresses, models, singers and more, these ladies show the sultry heat of Latinas in amazing style while showcasing rear ends that often just don’t know when to quit. We don’t want them to either as they’re all worth checking out. Here are 15 hot Latina stars with the biggest and best booties around and why we love them so much. The supermodel is famous for her relationship with pro football star Tom Brady, as well as being an ace supermodel. For over a decade and a half, she has been a standout on runways with her fantastic body, including a great booty that she’s flashed in numerous photo shoots in just about nothing for cover. Her alluring face and sexy smirk get you going and even after kids, she remains in better shape than most younger models to be a true sex symbol and her booty in fantastic form.

10 things women do that turn off men