Top 20 hottest photos of Nicki Minaj’s butt – #1 will make your eyes pop out! 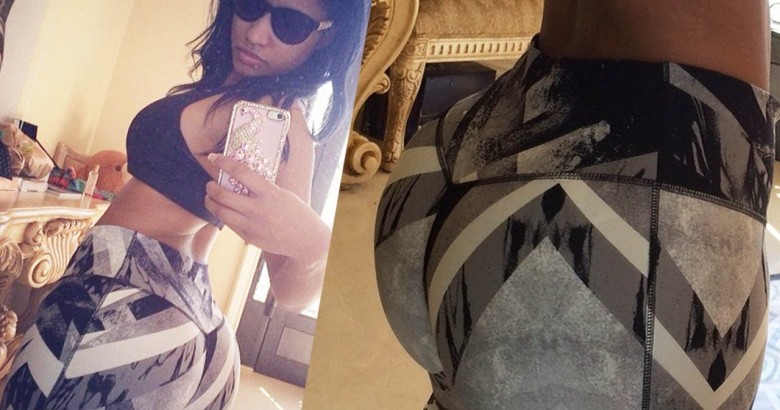 Hottest photos of Nicki Minaj’s butt – Nicki Minaj took the rap and fashion world by storm in 2010 with her single “Your Love”. Minaj has challenged the very idea of women of color in fashion, feminism and music, and her amazing career has been one of incredible ups and downs. She was born to an abusive household in 1982, but after attending La Guardia High School for the Arts she made friends in the rap industry that helped her start her career.

Her talent was undeniable, and it allowed her to land the career she’d always dreamed of: going beyond the drug-fueled violence of her family home and rising above it and in the process, empowering herself and the females around her.

She hit the top of the charts in 2010 as the Best Hip-Hop Female at the annual BET Awards and even became an American Idol judge in 2012. She even played the Super Bowl halftime show in 2012.

Now that she has succeeded in both her career and her life, it looks like Miss Minaj has everything a woman could ever want. She’s smart, sexy, talented and absolutely stunning. She has one of the most recognizable fashion senses in Hollywood. She also has one of the most recognizable booties in Hollywood! This gorgeous rapper is known for her raunchy lyrics and her amazing assets. We’ve selected twenty pictures that prove that Nicki Minaj has the most fantastic booty to ever grace the rap stage. On top of that, there are even some outfits that were so hot that we needed to make a collaged image so you can truly take in the whole picture. We don’t even care if they are implants, let’s get looking!

At the 2011 MTV Movie awards, Minaj rocked a black bra and vest combo that left little to the imagination. Her amazing gray jeans didn’t either as those things hugged her every curve. With a bob to her chin in black and pink lipstick, Minaj looked like something out of a fantasy. Her glittering gold accessories and hot pink nail polish drew the attention of many of the other celebrities on the red carpet that day, but everyone kept staring at her perfect butt! There’s also a hilarious video of Ashton Kutchergetting caught staring at that booty, but who can blame him? We were looking too!

12 Reasons why ‘Nerdy Girls’ are the BEST to date

The 10 most embarrassing selfies taken by models