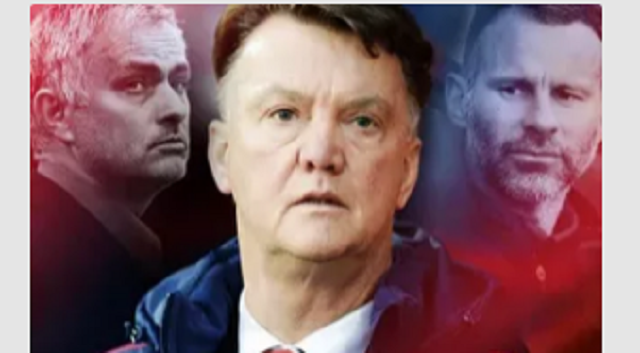 According to the Sun, Manchester United head coach Louis van Gaal is set to be offered a director of football position at Manchester United in a move that would enable Jose Mourinho to take over a managerial role in 2017-18.

The source reports that the coaches have previous experience working together during their time at Barcelona in the late 1990s, while United vice chairman Ed Woodward remains determined to use the Dutchman’s vast experience to the club’s advantage.

After the last EPL match of the season, Van Gaal was greeted on to the pitch for his post-season address by a hail of boos. And according to the numerous rumours, the tactician will be replaced by Jose Mourinho next season.

However, Van Gaal stated: “Yes I will be here next season, because I have signed a three-year contract”.  Ryan Giggs has also signalled his intention to leave Manchester United if Jose Mourinho is appointed manager ahead of him.

Giggs has also asked his class of 92 pals working with the Old Trafford outfit to quit if the Portuguese is appointed as he himself is looking to make his way in management at a new club.

According to Mourinho, he is yet to put pen on paper for any club, adding that Louis Van Gaal is a friend to him.

The former FC Porto and Real Madrid manager however admitted that he would prefer to continue working in the Premier League: “I have to be honest, if possible I would prefer a club but I must analyse to see what is best for my career and to be back with everything I have.”

“I would prefer to be in England. I love the country, I love the football here, my family is very stable and happy. If possible, yes, it would be my first choice,” the 53-year-old added.

Mourinho has disclosed to friends and associates he will become Manchester United’s manager at the end of the season, according to reports in several British newspapers