The 20 Greatest achievements of Muhmmed Ali (With Pictures) 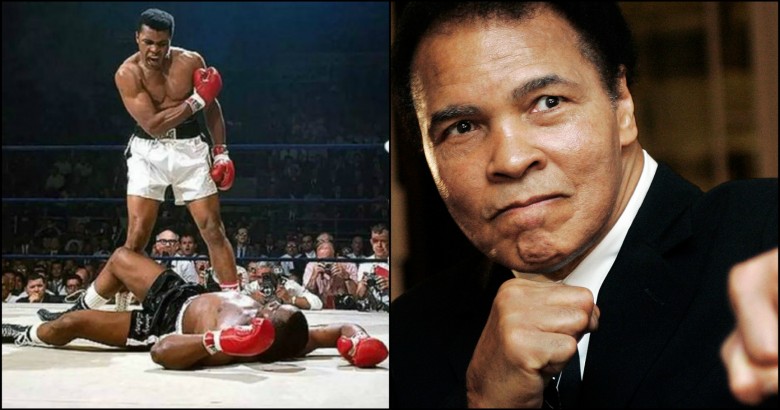 Greatest achievments of Muhammed Ali – Muhammad Ali has passed away at the age of 74. Ali had battled Parkinson’s disease for the latter portion of his life, but there is no doubt that he made the most of the time he had on this planet. Ali once said “Don’t count the days; make the days count,” and as the world mourns the passing of Ali, his words of wisdom have perhaps never been truer.

Ali is one of the greatest boxing legends of all time, but he was so much more than just a boxer. In fact, someone whose face he once beat in stated “[Ali is] the greatest man I’ve ever known. Not greatest boxer, that’s too small for him. He had a gift. He’s not pretty, he’s beautiful. Everything America should be, Muhammad Ali is.”

As you read this list, you’re going to get a chronological look at some of the greatest moments of his life. From his start as Cassius Clay and the gold medal win, through his name change, to reading quotes about the most memorable bouts of all time. You’ll even learn about the time that Ali went to Iraq to try and save 15 American hostages.

While there is never going to be a boxer quite as amazing as Ali (after all, he was the greatest, as he often said!), it is not hard to recall the vast amount of accomplishments that Ali had, both in and outside of the ring. If you’re just looking for inspiration, more of his amazing quotes are included in number 3, and there’s one that will assure you that he was at peace at number 1.

Ali is easily considered to be the greatest boxer of all time, isn’t it time to find out why?

Prior to being the boxer you know, Ali used to go by Cassius Clay (but more on that below). One of the biggest moments that helped catapult Cassius Clay to being one of the best boxers was his gold medal win at the 1960 Olympic games.

As an amateur boxer, Clay boasted a record of 100 wins and 5 losses, so you can imagine he was feeling confident when he made his professional debut that same year. There is an infamous story about Ali that he threw the medal into the river after he and a friend were refused service at a “whites-only restaurant.”

Despite being a great story, it was refuted by several people that are close to Ali who state that he just lost it somewhere a year after winning it. Ali made an appearance at the opening games for the 1996 Olympics in Atlanta and received a replacement medal at the ceremony.

10 natural ways to get rid of black spots on your face – They work like magic!

Ladies: 5 thoughts he has when you tell him how many guys you’ve slept with