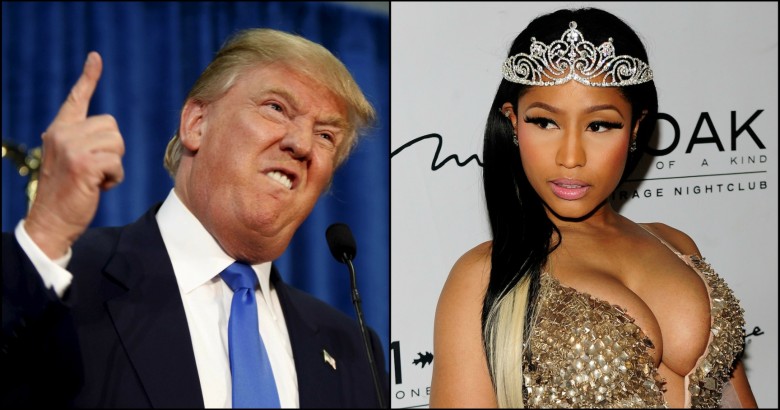 Hilarious times celebrities lost their minds  – Twitter is the place to go when you need to vent or simply just say the first thing that comes to your mind. But isn’t the first rule, think before you speak? For this list, it should be think before you tweet, because we have some fantastic Twitter feuds and moments, like conspiracy theories that a celebrity believes in, an admitted drunk driver, Donald Trump calling someone out and so much more.

In 140 characters or less, celebrities (and non-celebs) can get themselves in a ridiculous amount of trouble. Not everyone is Kim Kardashian and can post a racy photo and be completely fine with the backlash and mayhem it causes. In fact, just look at her husband Kanye as an example of someone who cannot handle the heat of Twitter (and trust me, there are examples).

Celebrities think that deleting their tweets is going to make the public forget. No. way. Never. Celebrities get to be held accountable for every single character they tweet, so they should really think twice before taking to the web and typing away. In fact, many celebrities should probably think about deleting their account because at least it would prevent future embarrassing moments! This list explores all of the ridiculous celebrity tweets, the all-out wars (both funny and cringe-worthy), and just sheer insanity that seems to thrive on Twitter. Just be glad that the last time you tweeted something out that you regret, that it probably wasn’t seen by millions of people!

Jessica Simpson was working out at the gym when she thought it was a good idea to tweet this message:

“Dear elderly man at the gym: its hard 4 me 2 keep composure whilst punching at chipmunk speed when ur ball sack spills out of ur wind shorts.”

Chipmunk speed? What does that even mean? This is a situation that you should embarrassingly walk away from, much less tweet about it! Jessica obviously doesn’t understand what is TMI. We probably didn’t need that information, but at least you can probably understand why it wouldn’t make for an ideal gym session.

15 Shocking things you didn’t know about prostitution – You’ll be surprised to see this! (With Pictures)