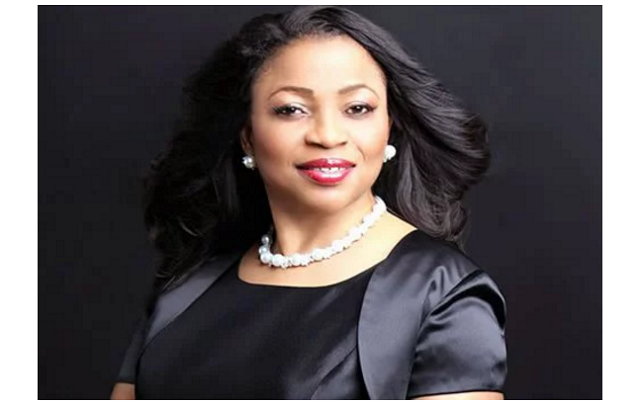 Africa’s richest woman Folorunsho Alakija – Africa’s richest woman who happens to be a Nigerian, Mrs Folorunsho Alakija, has talked about some vital relationship goals. In a recent interview with The Punch, the 65-year-old multi-billionaire businesswoman spoke about her childhood, how she cut her teeth in business, how she has made her marriage work with practical examples and many more. Read excerpts below:

You have been married for close to 40 years. Are you still in love with him the way you were when you met him many years ago?

If anyone of us is abroad, for instance, the two of us would make sure that we call each other a minimum of twice a day. We have spoken three times already today. If it wasn’t that I was running late for the interview, I would have picked up the phone again to ask him to buy me three brushes but I had to give the job to my assistant to do. So every little thing, we are talking throughout the day.

You are still friends?

Very much so too. We are lovers, friends, brother and sister.

Where did you meet him?

We met at a party in Surulere, Lagos, two weeks after I relocated to Nigeria from England. The party was in the evening. So my brother, his fiancée and I were attending that event and we were all seated together. Then came along my husband-to-be; he said to me ‘why are you following your brother about’? I said ‘what do you mean’? Then he accosted my brother who he knew well and said your sister is a big girl, why are you allowing her to follow you about? Then my brother said, ‘stay away from my sister. Leave her alone’. Anyway, we got talking and after the party, he suggested that I should sit with him in his car rather than sit in my brother’s car so we could carry on with our conversation and we would be driving in a convoy back to our abodes. So we carried on talking and said goodnight. But from that night, unless one of us is abroad, there has been no day that we have not seen each other. Ever since that day, we have seen each other every day unless one person is away and the other is somewhere else.

I believe that that is on the contrary. You know why? He is extremely shy. He does not like publicity. I’m an extrovert; I don’t mind publicity. I like to throw parties; he likes to listen to music.

Nowadays, marriages fail a lot but what would you describe as the secret that has sustained your marriage for so long?

A lot of things make marriages break. What I have noticed over the years is that a marriage doesn’t break suddenly or in a day; it is a gradual process. And the earlier you nip it in the bud, the better. And it is always better to know what the dos and don’ts of marriage are before you get into it so that you don’t get your fingers burnt and so that you can enjoy rather than endure your marriage. One of the tenements of marriage is that you must communicate with one another. If you do not talk to one another regularly enough, your love can begin to grow cold. You may begin to drift apart and then other things begin to set in. The Bible tells us that if one person offends the other, you need to take care of that matter immediately and not let it degenerate. Do not let it degenerate into something that you will still be sulking about the next day because with every action, there is reaction and with every reaction, there is a counter reaction. I counsel partners and one of the things I tell them is never to make the mistake of having separate bedrooms from the very start. Make sure you share one bedroom even if you have 10 bedrooms.

And not only that, if you tell the carpenter to make your bed to be from one wall to another, you are making the biggest mistake. It can separate you. When you quarrel, it won’t help. But when there is nowhere to turn and you end up kicking one another, you will make up quickly. One of the things I do to break the ice rather than let things degenerate is to ask my husband to help do my zip even when I can do it by myself. I have broken the ice.

You are bound to quarrel because you are two human beings. If anyone tells you they have a perfect marriage, it is a lie. Yes, they may be compatible and be having a good time but that does not mean it is perfect. It doesn’t exist. Make sure that you set up the values that you will use to run your home and bring up your children. I greet my husband good morning with a kiss. There are different ways of showing submission. It is not that we are asking you to put your head on the floor so that he can trample on it. No! We are saying show your husband respect. It is the will of God. Speak to him nicely. There is no man that you would treat like that and would not honour, respect, appreciate and do whatever you ask of him when you ask for a favour. He would go all out with pleasure and even go the extra mile to do whatever you ask of him. That is what a lot of people don’t realise. Likewise, a man should love his wife; that is what the Bible says. He should honour and respect his wife and not bring a girlfriend into the matrimonial home and say what can she do? Are you supposed to do that? Is it fair? Is it right? Is it because you are stronger than her physically? If you decide to give her a slap, she can’t beat you, but all she has got is her mouth and she will abuse you very well. One thing will lead to another and the marriage will degenerate. Once it starts degenerating and you don’t quickly nip it in the bud, it may lead to separation and then divorce.

So how do you feel now being known as the richest woman in Africa?

I’ve never called myself that and I just live my life. I do whatever I need to do with all joy and pleasure. It has not changed me; it will not change me and there is no amount of money that can change me, my husband and my children. That is the way we have lived our lives; we will continue being who we are as a family.

In a recent interview, the multi-billionaire reveals she still washes her husband’s underwears.

The 13 craziest twerkers alive – They can make you head spin! (With Pictures)