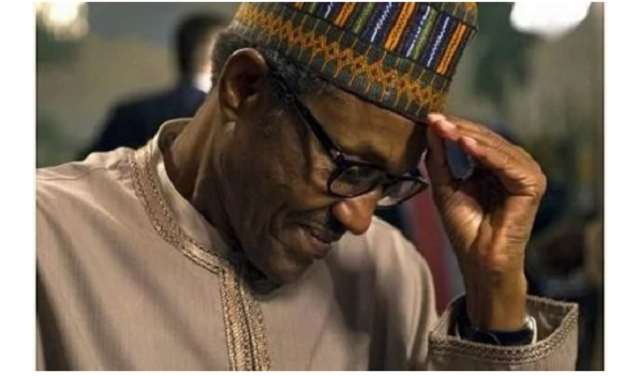 Buhari is reportedly sick and about to die – President Muhammadu Buhari is ill and is being treated at the presidential villa. According to reports by Premium Times, the president has an infection in his left ear, otherwise called Meniere Disease, a challenge which has drastically reduced his outings in the last one week.

As a result of the infection, the president now suffers hearing impairment and routinely complains of severe pains and unusual sounds from that ear, those familiar with his condition explained.
Mr. Buhari had on three recent occasions cancelled official trips within and outside the country due to the infection and was represented at those events by Vice President Yemi Osinbajo.

A statement by the presidency on Friday said the vice president would again represent the president at the 48th Ordinary Summit of Head of State and Government of the Economic Community of West African States (ECOWAS) holding this weekend in Dakar, Senegal.

The statement by Laolu Akande, the Senior Special Assistant on Media and Publicity to the vice president, said Mr. Osinbajo would leave for Dakar on Friday and was expected back in Abuja on Sunday.

Multiple sources in the Presidency told this newspaper Friday that the president got the ear infection about two weeks ago.

Our sources said apart from his family, only a few high profile individuals who visited at the Presidential Villa in the last one week were aware of the president’s illness.
“content-main”>
“content-main-inner”>
“post-area”>
“content-area” class=”post-section”>
“tps_slideContainer_136326″ class=”theiaPostSlider_slides”>

Mr. Buhari, who clocked 73 last December, was said to have confirmed it to some dignitaries who visited him in the past days, explaining to some of them that that was why he was unable to visit Lagos and Rivers as scheduled.

He was also said to have told some of his guests that he was struggling to give his failing health a major attention.

He is currently being treated by his personal physician and other experts from the State House Clinic, our sources said.

An official said the president might seek treatment abroad if his condition does not improve in the next few days.

Despite hearing difficulty, the president, our sources said, managed to attend Jumaat service and host some important visitors, including former Presidents Olusegun Obasanjo and Goodluck Jonathan as well as some clergymen on Friday.

Presidential spokespersons could not be reached to comment for this story on Friday night.
While calls to the Special Adviser on Media and Publicity, Femi Adesina, failed to go through, Garba Shehu, the senior special assistant on media and publicity did not answer or return calls.

Media reports first hinted of the president’s illness two weeks ago when he was billed to visit Lagos.
Mr. Osinbajo represented him on that visit.
The vice president also represented the president in Papua New Guinea last weekend where the 8th Summit of the African, Caribbean and Pacific Group of States held.

Mr. Buhari on Thursday put off his scheduled trip to Rivers State where he was billed to kick off the cleanup of Ogoni land as recommended by the United Nations Environmental Programme.
Again, Mr. Osinbajo represented him at the event.