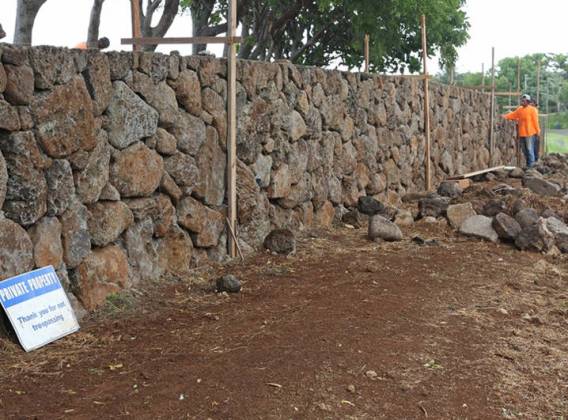 The Facebook billionaire founder has built a 6′ stone wall around his $100 million Kauai property that has blocked out the Pacific Ocean to neighbors and according to TMZ, many of them are livid.

“The Facebook founder bought the 750-acre estate in 2014 and now wants to shore it up, but a 5’8” neighbor for one is furious, because now she can’t see water.

Some neighbors claim they’ve tried reaching out to Zuckerberg, to no avail. TMZ contacted the zoning department in the area and were told no one has lodged a formal complaint and there is no investigation.

TMZ contacted someone from the Planning Dept. and turns out Zuck has every right to build a 6′ wall if he wants … and he wants.