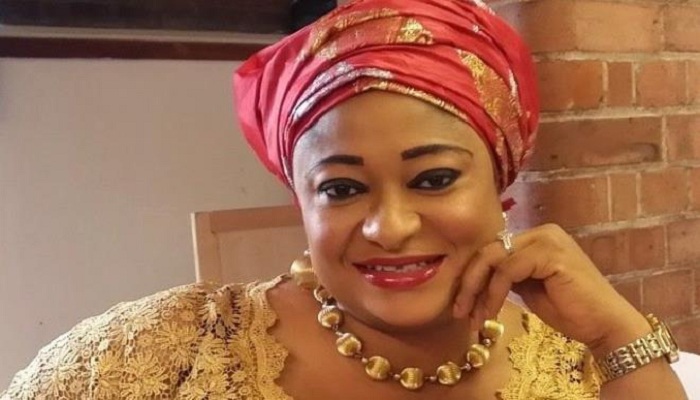 She thanked God she came out unhurt. The busty entertainer said, “It’s true I was involved in an accident along Agege/Oshodi express road on Monday, May 9, 2016, and it’s an unforgettable experience. But I just have to give glory to God for keeping me alive. It’s even a miracle that I came out unhurt, I was coming from Computer Village, Ikeja, facing Oshodi. As I got to PWD bus stop, a Naval Officer was coming out of the Air Force Base in Ikeja, Lagos with a pilot in his front.
The way the pilot came out was wrong, the driver was on high speed. I believe a responsible driver or motorist should understand that the road is narrow and very busy. So, he needed to have applied brake or drive slowly before coming out to the express road. The man just pulled into the road, and coincidentally, two trucks carrying 40 feet containers were coming at my back.
So, I had to park because the pilot had come out already, and the lane was narrow. As I was parking, one of the trucks just hit my jeep from the back. The thing became a kind of multiple accidents as two other vehicles were also affected, but it’s only my car that was badly damaged. But the most important thing was that I was not injured. Although, I was a little unconscious, I later regained consciousness.
When asked if she was seriously injured and rushed to a private hospital in Ikeja, Lagos, teh script interpreter said, “there’s nothing like that. It’s just a figment of people’s imagination. Maybe because of the state of my car that day and the crowd the incident attracted. I am very fine, nothing happened to me. Even, I didn’t lose a single drop of blood in the accident.
It’s a miracle and I give God the glory. Some even said a lot of things when they heard of the incident, but I thank God I am very much alive and kicking”