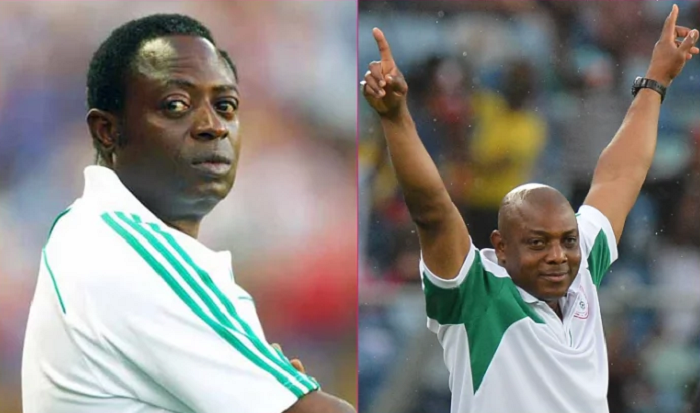 About Keshi and Shaibu’s death – The Super Eagles team doctor has reacted to the death of Amodu Shuaibu and Stephen Keshi – Amodu died in Benin less than a week after Keshi also died in Benin  – Amodu was the technical director of the Nigerian Football Federation (NFF).

The doctor advised Nigerians to always go for regular medical check up  so as to know ailments or conditions that could be killing one silently.

Speaking to National Daily sports, the doctor said the two men were killed silently by diseases.

Amodu, the technical director of the Nigerian Football Federation (NFF), and four time former coach of the Super Eagles was announced in the early hours of Saturday June 11, 2016.

He died on Friday night shortly after complaining of chest pain, the NFF said in a post on its Twitter handle.

According to report, he died in an undisclosed hospital whilst his body was deposited at the famous Stella Obasanjo mortuary.

According to Keshi’s family member, Ricky Aburimen, the Super Eagle’s former coach complained of a leg ailment while holidaying at his Airport road home in Benin.

He said that Keshi was rushed to Faith Hospital in the Benin Government Reservation Area, where he died at about 3am.