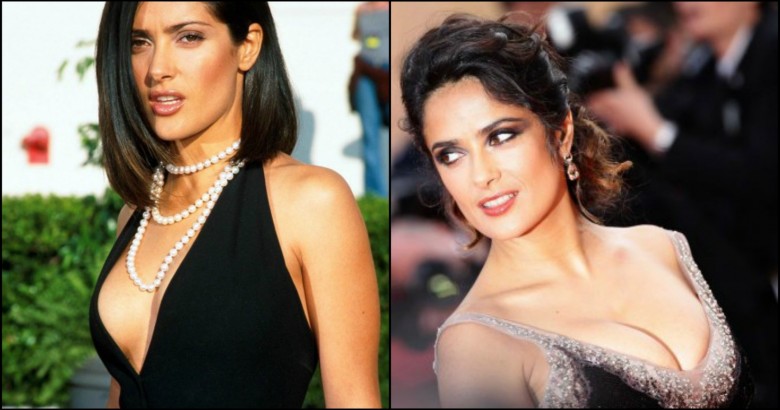 Everyone, regardless of their profession, deals with low self-esteem and confidence issues during at least one point in their life. But, between the pressure to be perfect and constant scrutiny from the media, celebrities tend to turn to plastic surgery more than others. Although many celebrities get nose jobs, lip injections, liposuction, and fillers, the most popular type of plastic surgery, among celebrities, is breast implants.

Since plastic surgery isn’t exclusive to celebrities, getting a breast augmentation is a very popular form of plastic surgery even amongst everyday people. Most people pay around $4,600 for saline implants and around $5,000 for silicone implants. But, between celebrities’ large salaries, resources to the best doctors, and desire to have the absolute perfect breasts, celebrities are willing to shell out more than a couple of grand for a pair of breast implants.

In fact, as you’re about to find out, some celebrities are willing to under the knife multiple times to achieve their desired pair of breasts, which leads to them shelling out around eight times more the amount of average saline implants. Let’s hope we also don’t shatter your perception when you learn that people like Salma Hayek’s, may be spectacular, but they aren’t real! Number ten on our list of celebs with the most expensive breast implants is none other than Victoria Beckham. When Beckham rose to fame as Posh Spice, in the popular girl group the Spice Girls, she became self-conscious of her size 34A boobs. So, in 2006, Beckham shelled out $8,000 and went from a small 34A to a bustling 34DD. Definitely a jump that is hard to ignore! Though it was not a long-lasting relationship with the double D’s and in 2013, Beckham decided to begin reducing her breast implants. At one point she almost returned to her natural cup size, making you wonder if she questioned the whole process to begin with. Since then, Beckham has maintained a medium sized cup size with 34B boobs.

4 Important things you must learn before getting married