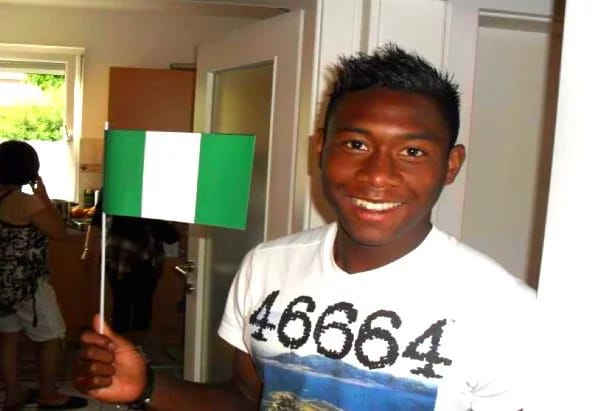 Kevin John Ufuoma Akpoguma (born 19 April 1995) is a German footballer who plays for Fortuna Düsseldorf, on loan from 1899 Hoffenheim. He was born in Neustadt an der Weinstraße, Germany to a Nigerian father.

Akpoguma is a tall, strong, big, intimidating and imposing centre back. His 1.92 metres (6’4in) are perfect for a centre back. He has speed, good technique and is a dynamic player. He used to be a forward before he was converted by a former youth team coach. Kevin Akpoguma has been favourably compared with his idol, Bayern Munich’s Jerome Boateng. Like his idol, he is also capable of playing at right back.

Kevin has not really made his mark on club football for Hoffenheim senior team. He was shipped out on a two year loan deal to second-tier German side, Fortuna Dusseldorf to garner much needed experience.

On the International scene, Kevin has played for Germany Under-16, Under-17, Under-18, Under-19, Under-20 and Under-21 levels. In 2013 he was awarded the Fritz-Walter medal in gold from the DFB, which honours every year the best German players of U17, U18 and U19. He won European U19 Championship in 2014, and also captained the German Under-20 team that reached the quarter-finals of the 2015 FIFA U-20 World Cup in New Zealand.

He is still however eligible to feature for the Super Eagles of Nigeria.

NB: The top ten players with Nigerian heritage still eligible to play for Nigeria listed above are in no way listed according to how good they are nor chances of eventually playing for Nigeria.