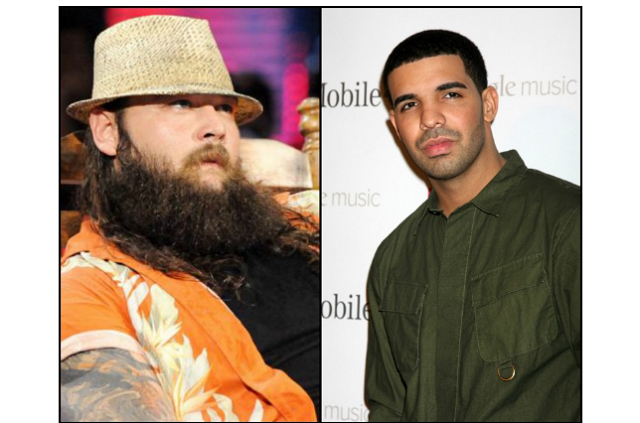 WWE Superstars – For those of us who have been die hard wrestling fans for our entire lives, we get completely lost in these characters, as well as the drama and the suspense of a good match. We live for that one night per year when WrestleMania goes live and we can turn into twelve-year-old children again, filled with a sense of wonder and imagination in spite of our fellow adults telling us that it’s all just so silly.

We don’t care if it’s silly, nor should we. But sometimes we get so lost in it all that we forget there’s actually some pretty fun trivia to be had when you stand on the outside and look in. WWE Superstars become staples in our weekly and sometimes daily lives, and as such, we tend to not think about their real lives or things such as how old they really are, because to us they’re ageless!

It can be intriguing and downright fun sometimes to learn that a Superstar you’ve watched for so long is suddenly about to hit his golden years, or that a wrestling star you’ve come to respect is so young that his or her career can only just be getting started. And when you take that knowledge a step further and compare these wrestlers’ ages to those of other celebrities, such as actors, musicians or even politicians, things really get interesting, to say the very least.

Here are 15 wrestlers who are the same age as some surprising celebrities. Known as “The Big Red Machine,” Kane stormed into our living rooms in 1997 as the mysterious younger brother of WWE legend the Undertaker. As the story went, the Undertaker had inadvertently burned his family alive in his early years and Kane had survived, scarred and vengeful. Kane became known for his horror movie-like invincibility in the opening years of his career, though later would be notorious as one of the watered-down wrestlers who made other WWE Superstars look good by losing to them. In spite of his waning usefulness in 2016, Kane is one of WWE’s most iconic monsters.

You may be interested to know that the Undertaker’s cold-blooded brother is actually the same age as some well-known celebrities, namely comedy legend Adam Sandler, known for his stint on Saturday Night Live and a plethora of popular movies like Happy Gilmore, Little Nicky, Big Daddy, The Wedding Singer, 50 First Dates and The Waterboy.