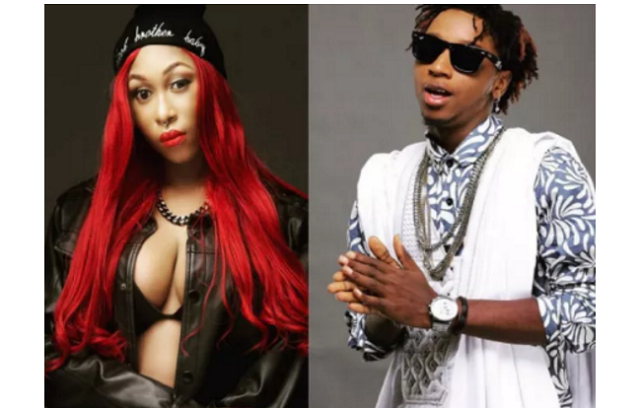 Cynthia Morgan chastises Yung6ix – 2016 kicked off on a beef note and we aren’t surprised that we’ve already seen a handful of celebrity going ham on each other on social media since the beginning of the year. Cynthia Morgan continues to warm up to the release of her album, but she is definitely not pleased with KKTBM rapper, Yung6ix whom they both recorded a song and it got leaked.

A song by Yung6ix titled ‘Shabba’ featuring Cynthia Morgan supposedly leaked online recently and Yung6ix has not said anything or posted any promo material about the song on his social media pages.

Northside ent. artist, Cynthia Morgan is not going to have any of that as she is directly pointing fingers at the rapper for leaking the song.

I regarded you enough to put a call through to you that my verse be fixed buh in return you watched it get leaked.#Blessup

The tweet seemed to have already been taken down as at the time of posting this.

I’m very stubborn, my husband is very tired of me -Mercy Joshnson reveals in loved up video with hubby