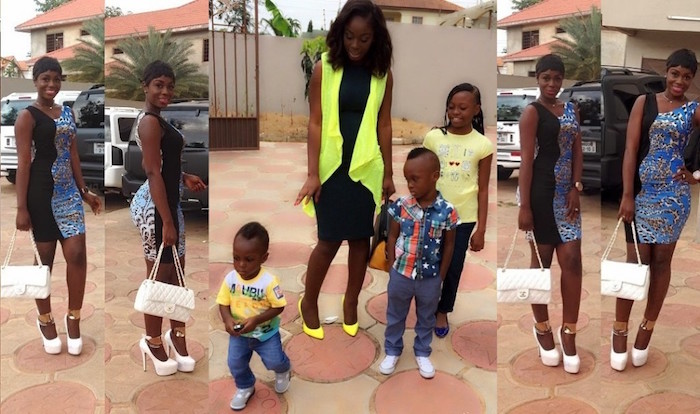 Mercy Aigbe slays in anything and everything she wears. Whether she is appearing on your TV screen or doing it for the gram, the hot mother of two is rocking that amazing figure on her. So with her, there is no wondering how she landed on this list. Mercy Aigbe has been a mother for more than a decade now. She is currently expecting her third baby, and we’re sure she’ll keep up with her swag!

Caroline is beauty and sexy personified! She is an epitome of flawlessness, even as a mother of three. To think she has given birth to 3 kids makes me want to ask some ladies who never gave birth before what they are doing with so much tummy. The mother of three also goes hard on that body of hers to make sure she keeps it in shape. Don’t you think her reward is worth it?

Omoni Oboli is one of Nigerian actresses who flaunts the smartest looks even after having three kids. The beautiful Nollywood actress and director, since her debut in the industry has not stopped flaunting her kids, she is blessed with three sons and they also featured in the new movie she directed ‘Being Mrs Eliot’. If put up in the gallery as ‘single and searching’, she’ll attract innumerable suitors for she undoubtedly looks sweet and hot!

4 Tricks women do that make them INCREDIBLY attractive