The 15 hottest Instagram Pictures of WWE superstars for July 2016 – You need to see number 1! 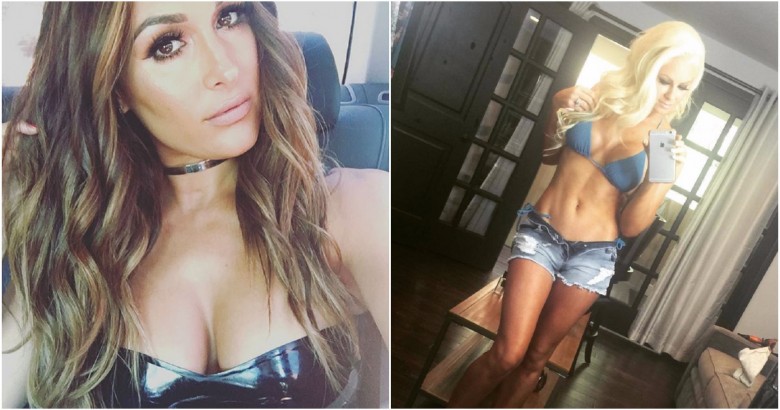 Best Instagram pics of WWE superstars – Even though WWE doesn’t require it, they push all of their Superstars to be on social media as much as possible. Most of them tend to use Twitter or Instagram to show not only their wrestling life, but life outside of the ring. While Twitter is a great means to communicate with fans and send out bits of information, Instagram is where their lives can be easily viewed through collections of photos.

With so many accounts and photos, it can be overwhelming for fans to keep up with the information, so this article will go over some of the hottest, funniest, and most interesting pictures that WWE Superstars have shared with their fans. Whether it’s hanging backstage, going to award ceremonies, or just rocking a bikini on the beach, there are tons of great photos to pick from.

This collection will focus on the month of July, which means summertime, which also means tons of beach pictures! WWE recently visited Hawaii so many of the wrestlers that were luckily enough to travel there grabbed plenty of shots on Hawaii’s beautiful beaches. So, let’s check out some of the best from Eva Marie, Nikki Bella, Natalya, Sasha Banks, and even “The Celtic Warrior” himself, Sheamus!

15. Nikki Bella’s Night At The ESPYs

If you’ve been living under a rock for the past few years, Nikki is John Cena’s lady, so wherever John goes, she’s usually right by his side. In this case, Cena was hosting the 2016 ESPY Awards and Nikki was his lovely date for the evening. This was an occasion were she decided to take a number of pictures for her fans to show off the awesome all black latex dress that she wore to the ceremony. Did she look awesome? That’s a stupid question… of course she did!

In this photo, you’ll also notice the thin choker necklace that she wore with the outfit. This has been a fairly standard accessory with Nikki ever since she had a bone fusion procedure to fix a herniated disk, as the surgery left a small scar on the front of her neck. Luckily, Nikki has made a full recovery and is currently on the road to coming back to the WWE, possibly by the end of 2016.

The 25 hottest Esquire Magazine spreads of all time (With Pictures)

15 Rich celebrities who live so very cheap lives (With Pictures)