15 Insanely expensive celebrity weddings and divorces that will shock you! (With Pictures) 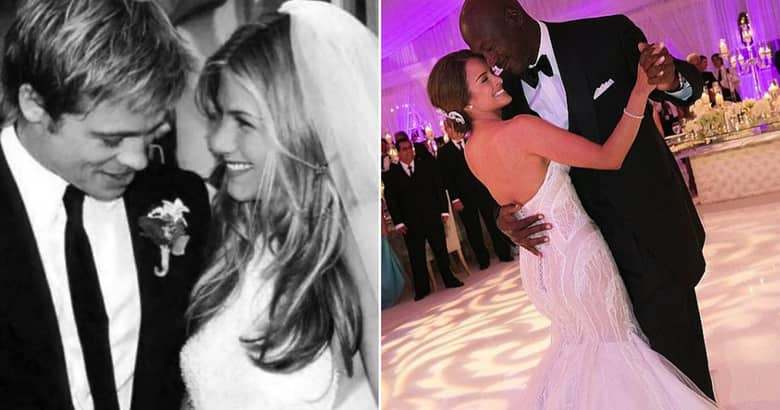 Insanely expensive celebrity weddings – The average couple spends $30,000 on their wedding but in Hollywood that’s small change. Whenever a high profile celebrity couple gets married, they’re spread all over the tabloids, detailing where every dollar went. Some like to put their money in great entertainment, others in flower arrangements or a destination wedding, some pay for all of the above.

Contrary to what you might imagine though, apparently the more you spend does not mean a happier or longer marriage – the opposite, in fact. Studies show that those who spend the most on their marriages are the most likely to divorce. People who generally spend less on the wedding and less on the ring, similarly will stay together longer. According to the same study, the group who was most likely to stay together were those who spent less than $1,000 on their nuptials! So if you’re planning on getting married soon and your significant other is bugging you about spending more and more, just stealthily send them the facts: If you love me, this will be a small wedding.

Whether or not you plan on getting married, learning where your favorite (and not so favorite) stars spend their wedding money is kind of a trip. Some of the choices are bizarre, while others inescapably glamorous. What would your dream wedding be?

No one has weddings like Trump; Trump has the best weddings. You’ve never seen weddings like his weddings, his weddings are winners, even when they end in divorce. When Trump married Melania Knauss in 2005, they had a huge party attended by some of the biggest stars in the world, includingSimon Cowell, P. Diddy, Shaquille O’Neal, Barbara Walters and yes, even Hillary Clinton. Melania’s wedding dress was from Christian Dior and featured a sixteen-foot veil. The wedding took place at Palm Beach, with the reception held at the Mar-a-Lago Club. This would be Trump’s third wedding and he pulled out all the stops, but still ranks pretty low on the list. You’d think a self-made, self-proclaimed billionaire would dish out a bit more cash – but then again, back in 2005, this was just as The Apprentice was getting off the ground, The Donald had other things to worry about.