15 Most shocking transformations of Hollywood actors… Unbelievable! (With Pictures) 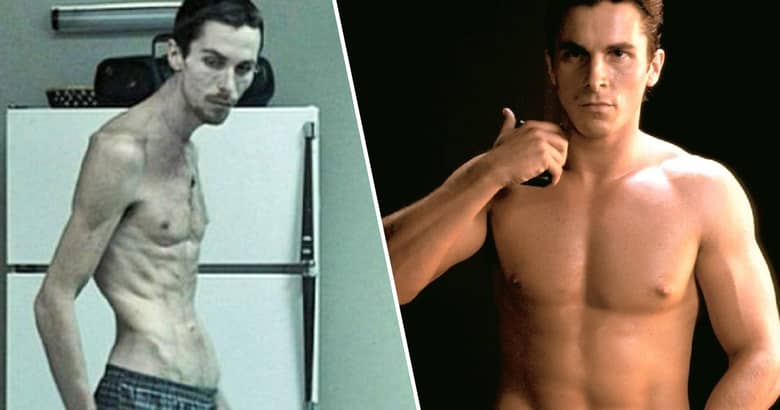 Most shocking transformations of Hollywood actors – The tradition of committing to a role is no stranger to the method actor. Countless actors have sacrificed their own tears, blood, mental sanity, you name it, for a role. At times these methods may seems extreme for the average viewer, but for some, it’s all in the name of art.

Many of these roles have won countless awards including: Oscars, Golden Globes, the BAFTAs and the list goes on.  At times these transformations call for a full psychological and emotional endeavour or an extreme physical change. To help show our appreciation and to help introduce you to some of the sickest roles ever witnessed on screen, we’ve compiled a list of the 15 most crazy movie transformations by an actor/actress:

To kickstart our list we’ve chosen Christian Bale in The Machinist. This 2004 flick won many festival awards including three Barcelona Film Awards for its impeccable acting. The most notable of which being Christian Bale’s performance.

The story follows Bale’s character, Trevor, as he goes about life. The only catch is, Trevor hasn’t slept in a year and begins to see characters that may or may not be real. In order to prepare for the role, Christian Bale committed to losing 60 pounds to get that sickly, skeleton look of the anorexic insomniac he was portraying.

By the time The Machinist wrapped filming Bale only weighed 120 pounds at 6 feet tall. Thereafter Bale gained back a whopping 100 pounds in order to play billionaire superhero Batman in the Dark Knight series. That must of been one hell of a workout routine!