The 25 hottest Esquire Magazine spreads of all time (With Pictures) 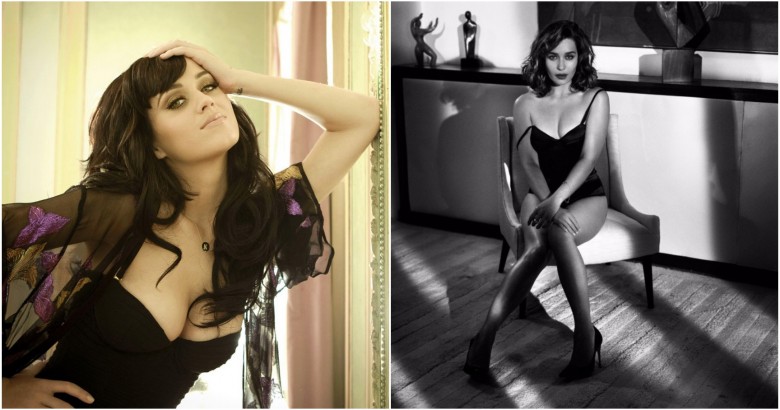 Hottest esquire magazine spreads of all time – Long before men’s magazines like FHM and Maxim came along, Esquire was providing some terrific content. From top notch articles to looking at politics and pop culture, the magazine was established in 1933 and continued with a bold and irreverent look at culture since. It was in the 1990s that the magazine truly began embracing its male audience, mostly through photo shoots involving some of the hottest women alive.

It’s not just on the covers, as each issue features a “woman we love,” a young starlet who’s on the rise and often becomes an even bigger name down the road. Since 2004, the magazine has added to it with their pick of “The Sexiest Woman Alive,” which can cause some discussion.

No matter how they’re featured, the women (especially in the last decade) have been featured in some of the flat-out sexiest and steamiest photo shoots of any magazine. Many are featured with as little clothing as possible but it’s really the way they shine that makes this stand out so well. The sultry looks, the smiles, the great bodies and faces, Esquire has a talent for taking an already sexy woman and making her look utterly irresistible. Every single year brings plenty of spreads that can qualify but here are the best. The 25 hottest and sexiest women to be featured in Esquire and how they truly have a knack of highlighting women we love.

It’s no shock Cruz would earn “Sexiest Woman Alive” honors as the sultry Spanish Oscar-winner has been rocking moviegoers for years. Naturally, her shoot involved showing off her fantastic legs and ample chest, mostly covered by a tight swimsuit. Her lush dark hair framing her perfect face, Cruz was a perfect choice for the title and the spread proved how any outfit can make her one of the hottest women to ever grace the magazine.

The 15 hottest Instagram Pictures of WWE superstars for July 2016 – You need to see number 1!