Arsenal not ready yet, says Wenger 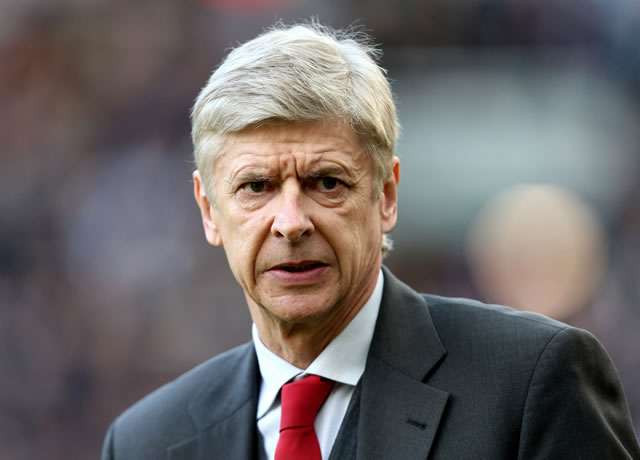 Arsenal manager Arsene Wenger said his team were not physically ready for the Premier League season after opening the campaign with a chaotic 4-3 defeat at home to Liverpool. With Per Mertesacker and Gabriel injured and Laurent Koscielny short of match fitness, Wenger deployed Calum Chambers, 21, and 20-year-old debutant Rob Holding at centre-back in Saturday’s game.
READ ALSO

Like Koscielny, Olivier Giroud and Mesut Ozil are returning to fitness after Euro 2016 and to compound matters, Aaron Ramsey and Alex Iwobi were both forced off by injury in the second half.

“Physically we are not ready,” Wenger told reporters at the Emirates Stadium.

“You are in a Catch 22 situation with the Euros — do you give the players a rest and start the season without many of your players? Or do they play in this kind of game and get injured, like Ramsey today?

“We had many players that played very late in the Euros. Ramsey, Koscielny, Ozil, Giroud, they went to the semi-finals (at least). We had four players who went very late.”

Arsenal visit defending champions Leicester City on Saturday and Wenger is unsure whether Koscielny, Ozil and Giroud will be ready to return to action at the King Power Stadium.

“We will try, but when they have not enough preparation, they get injured,” he said.

“We have to be ready next week because we go to Leicester. But we’ll see first what we can do with the players who are preparing at the moment and how many players are injured today.

“Can they recover for next week? I don’t know. But we are not stupid. We prepared well the players we have in, but I think you have to consider we have been a bit unlucky as well.

“We have lost Mertesacker and Gabriel in preparation, and Koscielny is not fit. You have to sometimes accept that you cannot control absolutely everything, even if you try to be as intelligent as possible.”

Ramsey, who reached the semi-finals with Wales at Euro 2016, went off in the 61st minute after injuring his hamstring, two minutes after Nigeria forward Iwobi had succumbed to a thigh problem.

Both players will undergo tests on Monday.

The afternoon had started brightly for Arsenal as Theo Walcott atoned for having allowed Simon Mignolet to save his penalty by drilling the hosts in front in the 31st minute.

But Philippe Coutinho equalised on the brink of half-time with a sumptuous 25-yard free-kick and Arsenal never regained their composure.

Substitute Alex Oxlade-Chamberlain and Chambers replied for Arsenal, but Liverpool gathered themselves to close out the win.

Visiting manager Jurgen Klopp blamed himself for his team’s lapses in concentration, saying that his exuberant reaction to Mane’s goal in the 63rd minute had made his players feel the game was already won.

Klopp has been tipped to lead Liverpool into title contention this season, but he said it was far too early to start thinking about silverware.

“It’s a little bit like our behaviour after 4-1, or my behaviour,” said the German.

“If you celebrate too early, life gives you always a knock.”

While Klopp applauded the quality of his team’s attacking football, he warned that they will not achieve anything this season if they do not learn to defend more cohesively.

“The game was intense for all of us. We made our mistakes together and we scored wonderful goals,” he said.

“That’s really important. It gives us on one side confidence and the knowledge that we can score goals. On the other side, there’s no alternative to defend together.

“Only then you have a chance in the Premier League. 4-3 is obviously a spectacular result, but it’s not the result you want to have a lot of times in a season.