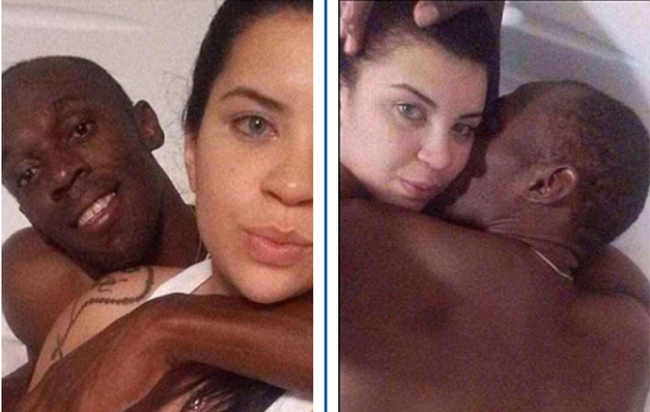 Jady Duarte details her night of passion with Usain Bolt – The Brazilian girl who shared pics of herself in bed with sprint king Usain Bolt has revealed he lured her into bed by baring his six pack and pulling his famous victory pose. In an interview with Daily Mail Online, Jady Duarte told how the Jamaican star pestered her for [email protected]:’ via the Google Translate app; sneaked her into Olympic Village under the noses of security; then insisted on listening to the raunchy Rihanna song ‘Work’ as they made love on his single bed.

And despite being the fastest man on the planet, Duarte, 20, insisted their bedroom action was more
marathon than sprint – spanning two hour-long sessions but stopping short of another ‘triple’. 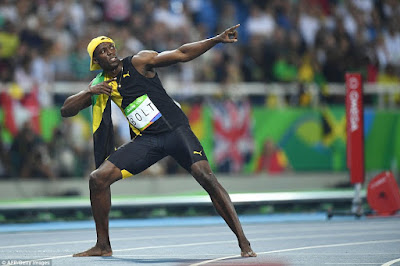 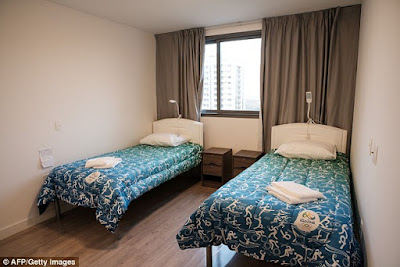 Duarte also revealed how Bolt promised to take her out on another date only to make a dash for the airport when their tryst hit the headlines.

‘I REALLY THOUGHT WE HAD SOMETHING GOING, SHE TOLD DAILY MAIL ONLINE. ‘BUT NOW I CAN SEE THAT HE PICKS UP WOMEN AS QUICKLY AS HE PICKS UP GOLD MEDALS.’ 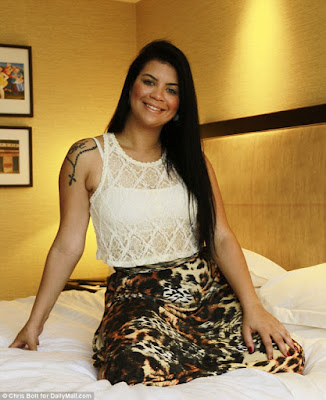 Duarte was in glitzy club All In, in Rio’s upmarket Barra district, when word got around that the track and field superstar had arrived in the early hours of Sunday to celebrate his 30th birthday.

As she partied with friends the runner came close and closer to her group, flaunting his toned athlete’s physique to grab their attention.

‘HE WAS STOOD IN FRONT OF US AND SUDDENLY HE PULLED UP HIS SHIRT AND SHOWED US HIS SIX PACK,’ DUARTE WENT ON. ‘I HAD NEVER SEEN ANYTHING LIKE IT. I JUST HAD TO REACH OUT AND STROKE IT.

‘IT FELT INCREDIBLE. THE MUSCLES WERE AS HARD AS STONE. BUT I WAS PAYING SO MUCH ATTENTION TO HIS ABS THAT AT FIRST I DIDN’T EVEN NOTICE IT WAS USAIN BOLT.’ 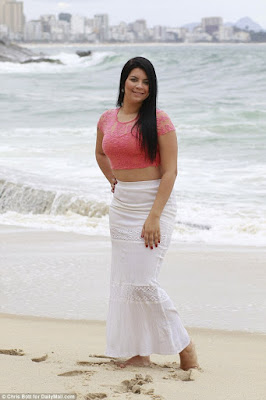 Bolt, who has a long-term girlfriend, sang and danced into the early hours having just earned the third of his three Olympic gold medals at Rio 2016.