Has JJC Skillz abandoned his music career for Funke Akindele? 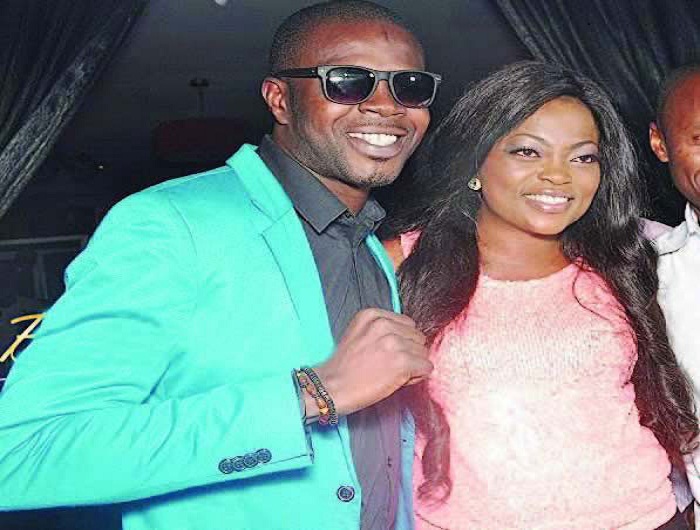 Singer JJC’s  who is so much in love with Nollywood actress Funke Akindele, seems to have put a hold on his music career to promote the projects of his lover; Jenifa’s diary.

Denrele Edun narrates experience with Funke Akindele and how…

In March 15, 2016, JJC released the video of his latest song titled ‘A da’ featuring his fiancee, Funke, after that video nothing else has been heard about the singer’s music career.

According to sources JJC who was described as a jealous lover has been acting as the manager of all Funke’s projects.

“JJC is always around her, they practically go everywhere together these days. The have become inseparable, even on movie sets and meetings. He is more like her manager now,” the source had squealed.

Before JJC,  Funke Akindele had only been associated with two men, actor Femi Adebayo and her former husband

JJC’s whose real name is Abdul Rasheed Bello is a 39 years old father of three children from three different women. He was born on April 4. JJC has been living in London from since 1991.

In 2004 he dropped his the first album with 419 Squad called ‘Atide’. In 2012 he released his first solo album called ‘African Dream’. Last year his third album ‘Skillz’.