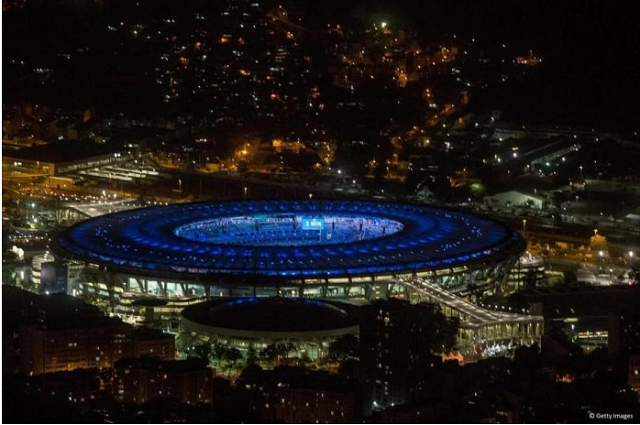 Table tennis star Oshonaike Olufunke was the flag bearer for the Nigeria.

Other photos from the event below;

Flag bearer Michael Phelps of the United States and Ibtihaj Muhammad lead the U.S. Olympic Team during the Opening Ceremony

Meanwhile, the Nigerian U-23 Dream team have played a match already, overcoming Japan 5 – 4 in their opening clash.

This part of the Ceremony represents how ships initially came to Brazil.