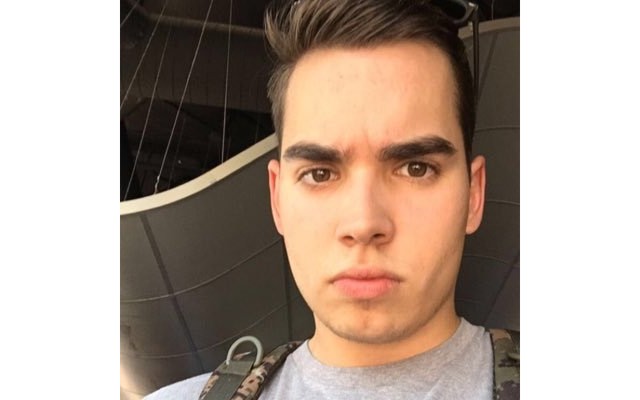 21-year-old Zachary Penton has arrested for shooting and killing roommate after a fight two days after tweeting about it.Authorities say a fight led to one roommate shooting another at a home near Chandler Heights and Higley roads.

Officers say 21-year-old Zachary Penton called police and told them he shot his roommate, 41-year-old Daniel Garofalo, after some sort of altercation.

Garofalo was pronounced deceased on scene. 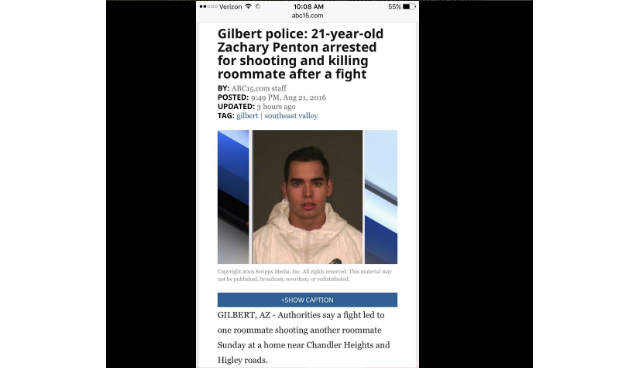 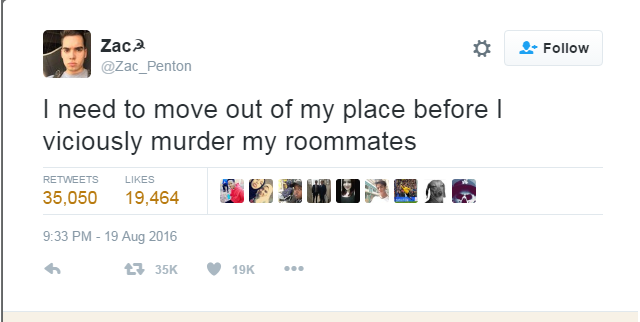 Penton was taken into custody without incident. He is being held on suspicion of second-degree murder.

Just two days before the murder, Penton appears to have posted a threat on a social media account connected to his name.

Gilbert police said while they cannot confirm the account is Penton’s, they “are looking into the possibility.”

Bond was set at $750,000 for Penton at his initial court appearance Monday after being booked on a murder charge.

Penton told police he scuffled with Garofalo after being told to move out and he feared for his safety before shooting him.