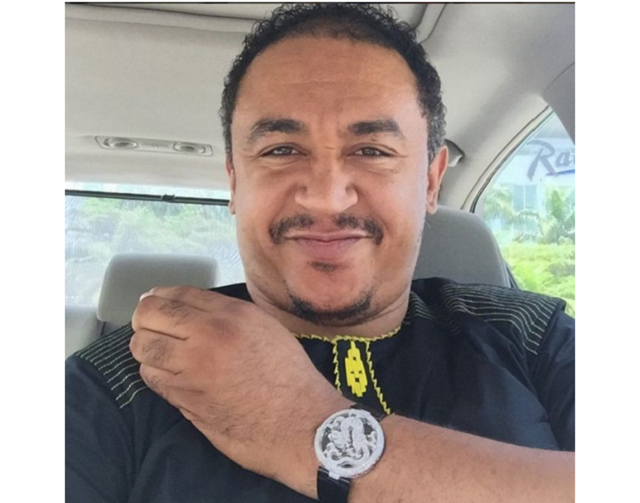 Jhene Aiko’s marriage troubles – Ace songstress, Jhene Aiko was fired for her relationship with Big Sean and filing for divorce from her estranged husband, Dot Da Genius on social media recently. OAP Freeze has decided to share his own opinion on the issue.

Read what he had to say as regards Jhene’s marital issues:

The ‘volatile’ social media of 2016, allows victims to be torn apart by people, who oftimes are in worse off situations themselves. I watched with utter amazement, as a 44 year old spinster, tore Jhene to shreds over her cheating allegations/divorce, calling her all sorts of unprintable names. Because of this social media, that gives every Tom, Dick and Harry a microphone, a 44 year old woman, who has never been married and has no children can condemn another woman’s choice?

The first question on my mind was “Madam, how come you are not married at 44?” but fear no let me, as it was obvious that the poor mare needed an outlet to vent her frustration.

When Jhene started trending, I read tweets with awe, people who had little or no access to the real information, out of the blues became ‘professors of Jhene’, earning their PHDs and masters degrees on the subject, after spending all of 5 minutes digesting the story on TMZ. Some others who weren’t afforded the education TMZ gave, as their data plans were limited, relied solely on Facebook and Twitter, for their ONDs and HNDs on the subject.

I respect Jhene for deciding to end a ‘fungating’ relationship. There are a few reasons why a woman would cheat, the worst being that her heart is no longer in the relationship. Should she have stayed and continued cheating on Mr Dot, or moved on? Some suggested that she should have stayed and fixed her marriage, despite allegations of violence..

Hmmm like that gentleman in ibadan who went home to try to fix his marriage after he was stabbed once? The poor guy is in the grave yard, with the story more or less buried with him. Same thing with that pretty lagos banker, who died with her children right there in the house, trying to fix her marriage. This year alone I have come across 4 or 5 of such stories, and wonder when, if at all, people are going to learn.

In the western world, they are not burdened with the responsibility we have, of pretending all is well on the home front, while we slide in and out of DMs and hotel rooms, yet ‘forming’ self righteous.

Also, they do not enjoy the luxury of having some confused men of God, who are more worried about a couple going for deliverance if they engage in daily sex, or whether a woman knows how to cook or not, instead of facing what Jesus called them to do, to contend with.