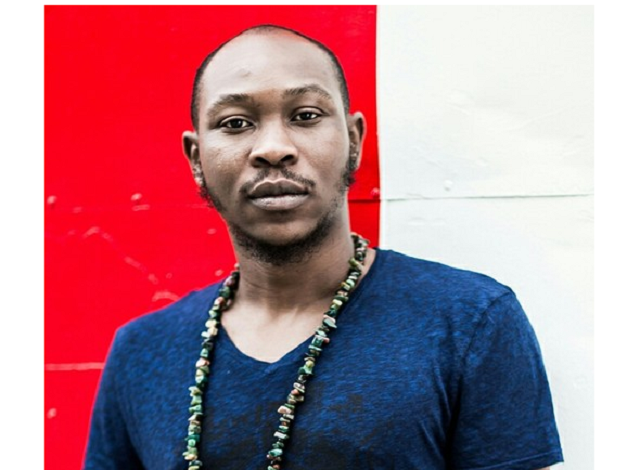 Seun Kuti, Son of Afrobeat legend, Femi Kuti has come for Nigerian monarchOoni of Ife in an interview with Sahara TV. Ooni declared that Jesus is his Father in a RCCG Church in the US last month. His declaration caused stir on social media but Seun is the first to attack him.

“Its just a shame. Its just like saying that the Queen of England says the Pope is her father. If she says she no longer believes in the Anglican church of England and Archbishop of Canterbury and she swears allegiance to the Pope who is a fellow christian but a catholic, she will leave that throne that day. That will be the last day she will be the Queen of England. So for the Ooni to say he is the son of Jesus is cap over face, Shame! Shame! Shame! Especially after all the rituals he has done to become king of Yoruba people. It is literal when they say to become King in Yoruba land you have to eat the king (the previous king). Yes he is the king of everybody.

British people are Muslims too, Ifa worshipers too but it doesn’t mean the Queen will pander to them by going to worship with them. No, but she respects their rights to freedom and accommodation as the King, that is your duty but to go and start pandering with them is an embarrassment to a throne that is older than him, to a throne that is older than his lineage, to a thrown that is older than anything that he thinks he knows. There is another king like him, I have forgotten his name, one little young idiot that goes around saying it is the rituals that our ancestors have done that is why people are suffering so his throne is now a Christian, he is a Christian king. I mean it is just nonsense. If the Ooni can say that, I can see how one little stupid idiot that they also gave a crown too can say the same rubbish” he said