The stories of Nigerian women forced into prostitution in Italy in pictures… Must read! 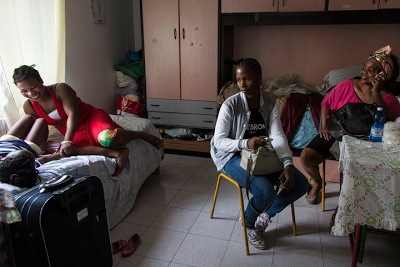 Spanish photographer Quintin Valero took some striking visual record of the work being done by an NGO to help victims of sex trafficking in Asti, near Turin.

“What I found was a really strong community of women who were helping each other overcome their experiences, ” she says

It’s just after 9pm when the first Nigerian women start to appear on the streets of Asti, a small city near Turin in northern Italy.

Some stand in groups of two or three, flagging down passing cars or checking their phones. Many are alone – solitary figures backlit by the stream of headlights moving into the city, the Guardian UK writes.

Princess Inyang Okokon, a former victim of sex trafficking, slows down her car as she spots two girls standing on a corner. Even with heavy makeup they look no older than 15 or 16. “So many new faces,” she says, shaking her head as she pulls her car to the side of the road and gets out to speak to them.

Princess, a 42-year-old mother of four from Nigeria’s southern Akwa Ibom state,(pictured)  has spent the last 17 years working for Progetto Integrazione Accoglienza Migranti (PIAM), a migrant rights and anti-trafficking organisation in the city. According to her, most – if not all – of the Nigerian prostitutes working on Asti’s streets tonight are victims of trafficking.

Prev post1 of 8Next
Use your ← → (arrow) keys to browse
Tags: headlineitalynewsNigeriaprostitution
Share12Tweet8Pin3SendShare 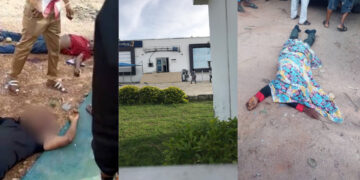