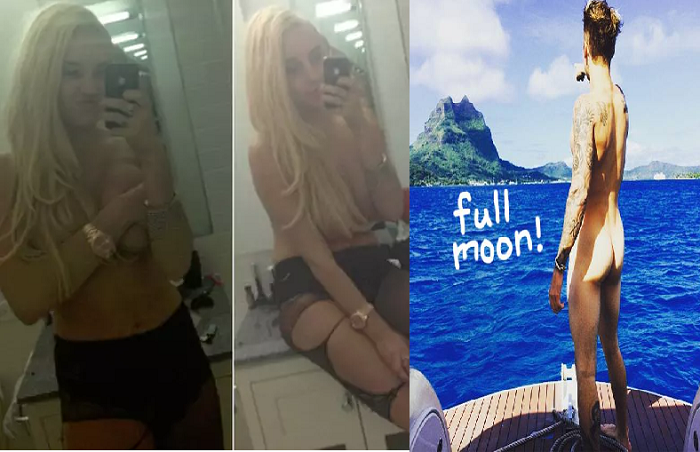 Celebs that have shared too many things on social media – When social media was first introduced to the world, it seemed like an amazing tool to help bring together people that would otherwise not be able to stay in contact. Surgeons were able to keep their patients’ families informed on the status of their loved ones, families could post photos to connect across the globe, and celebrities could interact with their fans in a way that was never possible before.

However, social media has become more than just a way to connect in recent years. It has become the focus of things like online bullying, fake followers, catfishing, and self-promotion. Celebrities have not been above these types of negative issues related to social media, and many have had to delete their accounts due to intense scrutiny over their posts. From Twitter wars with fans and fellow celebrities alike to naked photos being posted for all to see, it seems that even celebrities are guilty of oversharing every detail of their personal lives.

While some celebrities are using their personal social media accounts to bring awareness to causes close to their hearts, others are using it to help build up their brand. It’s interesting to see how social media has changed the game in the celebrity world, and has caused the public to view them in a whole new light. Not all celebrities have the integrity that would be expected from someone in such a high level of prominence, and instead they seem to be slumming it like you wouldn’t believe. Check out our list of the top 1O celebrity who’ve shared too many things on social media, and see how their online presence can affect their public persona.

When Kevin Hart first made a name for himself as a comedian/actor, it was more than just a little impressive to say the least. Hart had been in a few successful films in the early 2000s, but his career really started to skyrocket after the 2012 hit, Think Like a Man. From there, it seemed like every hit comedy film starred Kevin Hart, not to mention his starring television role on Real Husbands of Hollywood. Yet, many credit his social media presence as the biggest reason behind his excelling career. In fact, studio executives count on Hart’s social media savvy to promote their films. This became blatantly clear during the Sony hack incident, where Screen Gems President Clint Culpepper revealed Hart wanted more than the $3 million to promote the film via his social media. After it was leaked that he referred to Hart as a “whore,” Hart released a statement on Instagram saying, “I worked very hard to get where I am today. I look at myself as a brand and because of that I will never allow myself to be taken advantage of.” While his statement was admirable, he probably shouldn’t have admitted that he used his social media to promote his “brand” rather than to connect with fans.

9 worst photos of celebrities they don’t want you to see – this will leave you in stitches! (With Pictures)