12 Celebs Taylor Swift has had serious fights with (With Pictures) 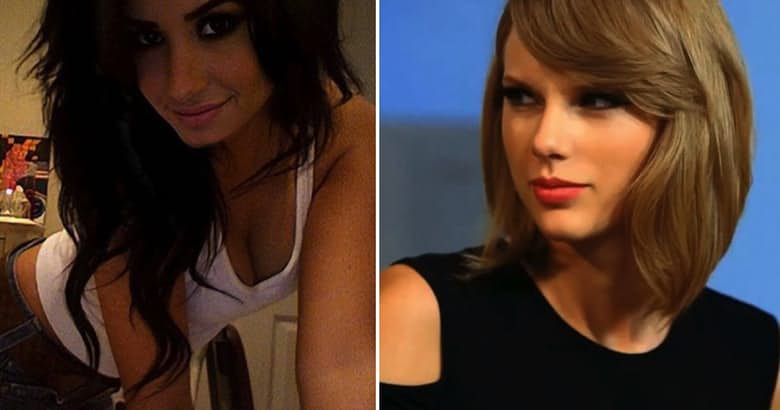 Celebs Taylor Swift has had serious fights with – At just 16 years old, Taylor Swift released her first album, titled Taylor Swift, and seemingly took the world by storm. Worldwide, everybody was obsessed with the young girl’s country charm, curly hair, and bright blue eyes. She quickly captured the hearts of the entire globe and became America’s unofficial sweetheart.

Since her debut in 2006, things have changed quite a bit. Swift has become infamous for having dated an impressive amount of men, forming an army of women that are always by her side, and not really knowing what the definition of feminism is.

Outside of those things, Swift seems to have fallen in with the ranks of many – famous or not. Nowadays, it’s hard to pick a celebrity who doesn’t have history with Swift. And with history comes drama. Here are 12 celebrities who have called Taylor Swift out. It’s lonely at the top.

In reality, Swift and Cyrus don’t have any full-blown drama. What it boils down to though, is a comment that Cyrus made in August of 2015. During an interview with The New York Times, the topic of Swift’s “squad” came up, to which Cyrus responded, “I’m not trying to be in the squad. None of my friends are famous and not because of any other reason than I just like real people who are living real lives, because I’m inspired by them.”

For those who don’t know about the “squad” – it’s basically a giant group of Swift’s friends that are made up of nothing but famous globetrotters. Karlie Kloss, Cara Delevigne, Selena Gomez and Blake Lively, are just a few of the household names that she’s taken underneath her wing. Swift and Cyrus have never really been close, but back during the Hannah Montana movie days, Swift did sing “Crazier” for the film’s soundtrack.