The 12 hottest divorces in Hollywood (With Pictures) 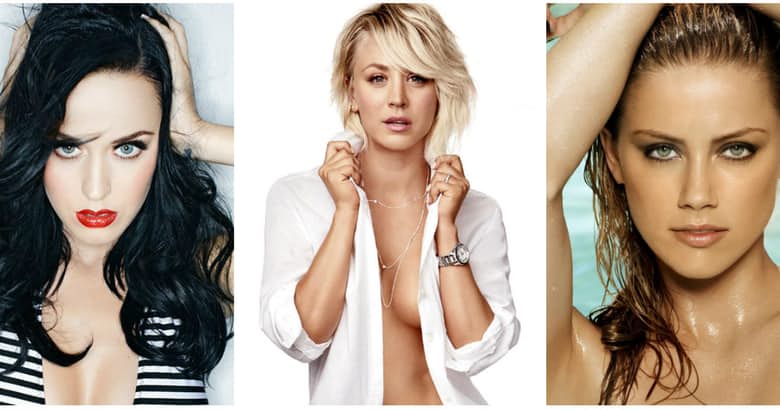 Hottest divorces in Hollywood – It’s no secret that relationships in Hollywood tend to be long over before they even start. While some celebs find success in love, others are filing for divorce before the ink is even dried on the marriage license. When the fall-out of a relationship in Hollywood hits the media, a circus of chaos ensues. Without knowing the cause of the breakup, gossip magazines and ‘close sources’ give their input on what went wrong. Fans are at the edge of their seats trying to get a glimpse of any truth behind the divorce. A bad case of “he said, she said” takes over.

The news of a couple separating in Hollywood can either be shocking or inevitable. Nonetheless, things can get awkward real fast in the industry when one partner decides to move on soon after the news is released. As seen with several celebrity divorces, the proceedings can either run smoothly or be an all-out war. For example, for country stars Miranda Lambert and Blake Shelton, their shocking divorce was finalized within days. But for Johnny Depp and Amber Heard, their un-coupling took a turn for the worst with physical abuse allegations and an absent prenuptial agreement.

No matter how the credits roll on a relationship, one thing is for sure: women tend to conquer following a heartbreak. With these 15 leading ladies in Hollywood, one would never think that they experienced divorce, what with their headstrong and fearless demeanor. They are rocking the post-divorce life and look great while doing it.

Continue reading to find out who the 12 hottest divorcées in Hollywood are.

Halle Berry may have a successful acting career, but the same can’t be said about her love life with three divorces on her resume. Her most recent divorce occurred following two years of marriage to French actor Olivier Martinez. Despite her three failed marriages, Berry proves that divorce doesn’t define her in an industry that is certainly no stranger to unsuccessful relationships. The actress has built an impressive career with her films.

In addition to the attention received from the silver screen, many are blown away with Berry’s natural beauty. In 2008, Access Hollywood conducted a survey which concluded that Berry was the “Sexiest Black Woman”. Five years prior to receiving that title, People magazine ranked the biracial actress No. 1 on their “50 Most Beautiful People in the World” list. Now at age fifty, the single mother of two, continues to wow audiences with her still flawless appearance.

12 celebrities battling with serious medical conditions – this will shock you! (With Pictures)