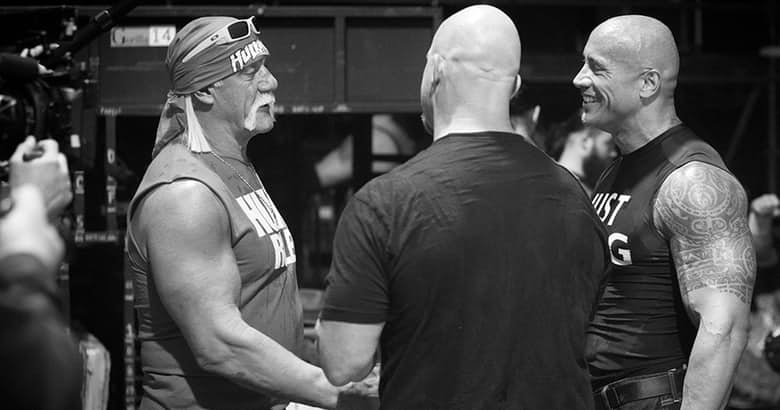 Hulk Hogan – Having friends in the right places can be essential in the sports entertainment industry, so it should go without saying that the self-proclaimed biggest icon in wrestling has more than a few supporters. Despite negative press in recent years surrounding racist comments made during a sex tape, Hulk Hogan remains one of the most well-known names in wrestling, and that status is unlikely to ever change.

Hogan has fallen out of favor with WWE as of late, but he still has plenty of friends in the wrestling business supporting him through his personal dramas and public snafus. Most of Hogan’s closest confidants unsurprisingly come from the sports entertainment industry, with his best friends typically be the ones he worked with on screen the most.

Hulk Hogan has been accused of being one of the most political wrestlers ever to play the game, and his Rolodex would most likely agree with that accusation. Although Hogan is credited with helping put WWE on the map in the 1980s with the power of Hulkamania, his egomania has also been accused of tanking WCW in the late 1990s, and there’s a reason only a handful of people spoke out in his defense after he made the racist comments.

Nonetheless, a few people have spoken out in his defense, and some have in fact made it very clear they will always support, love, and honor the Hulkster, however, they can. Keep reading to learn which WWE superstars know how it feels when it comes crashing down and it hurts inside with our list of 15 wrestlers you didn’t know were close friends of “The Immortal” Hulk Hogan.

Forming a tag team is an easy way for two wrestlers to become fast friends, and the union of Hulk Hogan and Mr. T was one of the most legendary in WWE history, so it perhaps shouldn’t be too surprising that the Hulkster and his WrestleMania I partner still consider one another good friends more than three decades later.

Hogan and Mr. T were partners in another way as well, in that the two hosted Saturday Night Live together the night prior to the first time they stepped into a ring as a tag team.

As far as celebrity wrestlers go, Mr. T has a longer resume than most, and this fact stems primarily from his friendship with Hogan. Mr. T and Hogan achieved great heights together in WWE, but the pity was on the other foot when T headed to WCW, to say the least. Despite the pitfalls of their professional relationship, Mr. T has proved the connection remains strong even after Hogan made racist comments, when T was quoted as saying he “[hasn’t] lost any respect” for Hogan over his comments.

It isn’t unusual for a feud to turn into a friendship in the world of pro wrestling. However, the incredible extremes underwent by Hulk Hogan and The Rock are still pretty ridiculous to look back on over a decade later.

Hogan attempted to in no uncertain terms murder Rock by running him over with a truck one week, and then shook his hand and did a pose-down at WrestleMania X8 after the power of Hulkamania demanded they become friends. In reality, Rock and Hogan had actually been friendly with one another for a very long time, and Rock still remains on good terms with the Hulkster even after his racist comments were made public.

The story of Hulk Hogan and The Rock actually begins in the 1970s, when The Rock was a young boy, and Hogan was still training in the finer points of wrestling with Rock’s father and uncles. It is because of Hogan’s longstanding relationship with The Rock’s family that Rocky believes Hogan’s statements were not indicative of lifelong racism, and were only “disappointing” thoughts expressed in a time of weakness.