15 Disgusting acts of privacy invasion against celebrities (With Pictures) 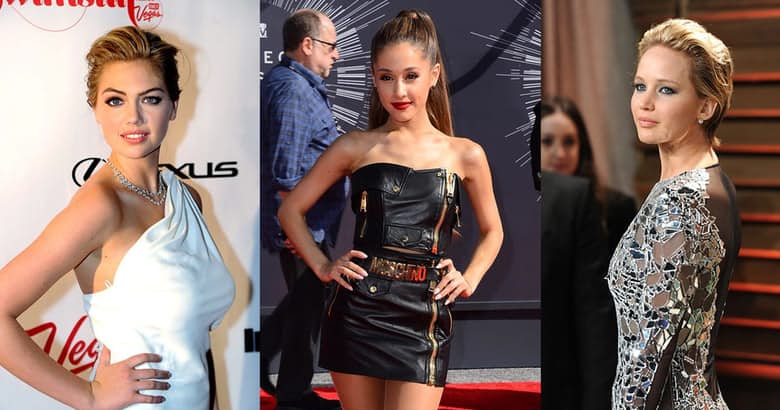 Privacy invasion against celebrities – Let us be frank for a second: the paparazzi can be idiots sometimes. Quite frankly, they can be vultures. I know, I know, that’s a pretty overly biased statement to make coming from such a respected website, but come on. Don’t act like you don’t think the exact same thing whenever you hear a story about a paparazzo getting photographic shots that they have no right getting to begin with.

This isn’t to say that all of the paparazzi are bad. Like with any job, there are employees who have some common sense and there are a few bad apples to even things out. Except when it comes to the paparazzi, the bad apples are astonishingly  disrespectful and show no regard or respect for human life or common courtesy. Too many members of the paparazzi can’t tell when a boundary has been crossed. They’re no better than hackers to be honest. Yes, hacking is a criminal offense while being a member of the paparazzi is an acceptable and respectable (if not, disrespectful) way to make a living, but that is where the distinctions end. Both involve someone invading someone’s privacy (mostly that of celebrities) for the sake of entertainment; gossip entertainment for the average paparazzo and for the average internet hacker, the “lulz”, as most hackers skilled in internet dialect may profess behind a keyboard.

In 2012, not long after settling his divorce from ex-wife Katie Holmes, Tom Cruise cruised himself into a high speed chase with the paparazzi. Allegedly, the actor chased the paparazzi for 20 minutes through Manhattan’s West Side while his 6-year-old daughter, Suri, was in the car with him. Details on the chase have remained sketchy over the years as the original source that broke the news, New York Daily, have removed the article–though the URL remains intact–and Cruise’s reps denied the chase ever happened. I mean, would you want to admit the box office superstar you represented had chased paparazzi with intent to do God knows what? In any case, as crazy as this story sounds, it’s not impossible to believe.

Yes, this chase does sound more fitting for a high octane Mission Impossible synopsis than something to actually happen in real life, but the paparazzi can easily work a celebrity’s nerves having to be followed and photographed 24/7. While not every celeb has resorted to violence to get the paps off their back, they have found themselves suing whenever the paparazzi crossed the line.