15 Shocking times WWE wrestlers broke down crying in the ring 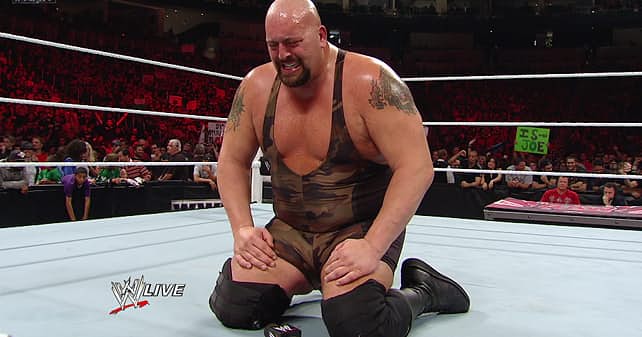 Times WWE wrestlers broke down crying – It has been a pop culture cliché for several decades now that “there’s no crying in baseball.” Tom Hanksbellowed those words in the 1988 film A League of Their Own, and the maxim has been accepted as fact within America’s favorite pastime ever since. One of America’s other favorite pastimes doesn’t have quite the same rule, though.

Despite another cliché implying big, tough, musclemen aren’t the type to cry, as it would turn out, pro wrestlers are increasingly prone to letting flow the water works when the drama inside the ring reaches a particularly emotional fever pitch. WWE, in particular, has been instructing some of their toughest and most successful wrestlers to bawl uncontrollably in the center of the ring on an almost regular basis these days, to both positive and negative results.

Pro wrestling is about drama, so there’s nothing wrong with male or female superstars showing their emotions when appropriate, as it often is. Many of these moments accentuate either a key victory or defeat, so it makes sense that extreme joy or sadness could bring an athlete to tears at those moments. Other times involve characters losing their jobs and livelihoods, and these moments, too, can easily bring a person who loves their career to sob if the situation feels real enough. Unfortunately, not all of the moments on this list are so noble, and occasionally wrestlers have looked weak or even stupid due to their inability to control themselves and dry their tears when the cameras are rolling. Keep reading to learn about 15 shocking times pro wrestlers broke down crying in the ring.

Fans of every era know WWE Hall of Famer Bob Backlund has always had a few screws loose, but there’s a misconception among newer recruits about when exactly Bob first snapped. Backlund’s most famous case of the “crazies” didn’t come until he turned heel in 1994, but fans who were paying attention knew he was capable of such a thing from as early as September 25, 1982. Tears can be used to sell more than just sadness, and Backlund had a wide range of emotion on display as he fell to his knees in absolute horror after witnessing the result of former champion “Superstar” Billy Graham stealing and destroying Backlund’s WWE World Championship belt.

Backlund freaked out in the manner he would eventually become well known for, bawling and repeatedly screaming the word “No!” as he held the tattered pieces of his prized possession in his hands. Vince McMahon and Backlund’s manager, Arnold Skaaland, did their best to console him, and when the champion finally composed himself, fans knew the villainous Graham was in for a serious beating from their sometimes a little bit deranged hero.

Prev post1 of 15Next
Use your ← → (arrow) keys to browse
Tags: countdownentertainmentfeaturedphotossportsWWE SuperstarsWWE Wrestlers
Share12Tweet8Pin3SendShare