17 Secret places people believed were entrance to hell (With Pictures) 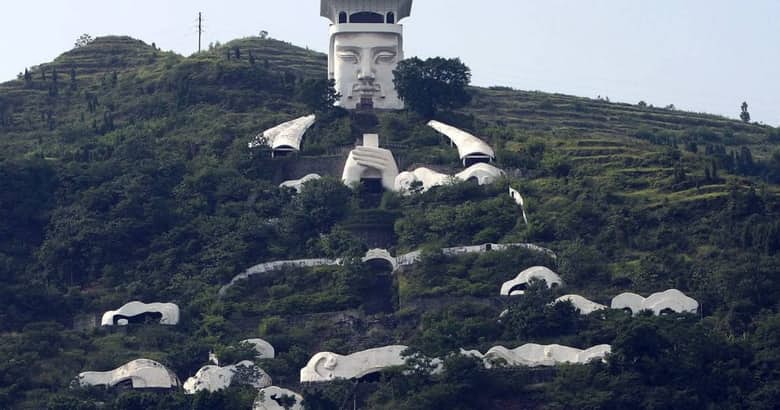 Secret places – The path to hell is not always paved with good intentions… Sometimes, it is “paved” by skulls and skeletons, volcanic ash, or even modern-day tourists. The devil can come in many forms, apparently. Many of the world’s places that have been or are currently believed to be entrances to hell are rooted in folklore, mythology, history, and religion.

Some tales exist “just because”, so to speak, meaning people are creeped out and a superstition forms.

But despite the differences, a few consistencies remain: for the most part, these “gates” to hell are naturally occurring places within the earth, like caves, rivers, and volcanoes. The others are man-made, proving  that pretty much anything, with the right combination of the aforementioned history, religion, and folklore, could be seen as sinister. The mystery is figuring out which locations, if any, are truly the doorway to what we all fear: true evil. The Underworld. The devil. Hell. Hades. Satan.

Call it what you will, but the idea is terrifying. Throughout history, different cultures and religions spanning centuries and even millennia, have had places they thought of as the portal to the underworld. Read on to see some of the most well-known (and a few lesser known), places on our planet that someone, at some time, feared was closer to hell than any other place on earth, and why exactly they thought so. These 17 secret entrances to the supposed fiery resting place touch all four corners of the globe. So no matter where you are, you too can visit hell.

Let’s begin with an obvious choice, shall we? Not only is it obvious because of its name, but it also looks kind of eerie. I could easily see it being an entrance to the underworld. Located in York County, Pennsylvania, there are two legends that say there are seven gates of hell. Both legends agree that there are seven gates to hell in a wooded area and that anyone who passes through all seven will go straight down to meet Hades himself.

Hellam Township, where the gates can be found in the woods, was founded in 1793. Legend has it that an old insane asylum burnt down there, and the crazies escaped. Some were trapped inside these gates, never to be seen again. They haunt the gates to this day. The story also says that no one has ever been through the fifth gate and returned to tell about it. I don’t know about you, but these “gates of hell” are a little too close for comfort, as someone who lives in a state that borders Pennsylvania. Creepy!