The 18 most revealing Kardashian-Jenner photoshoots ever… Too much skin revealed! (With Pictures) 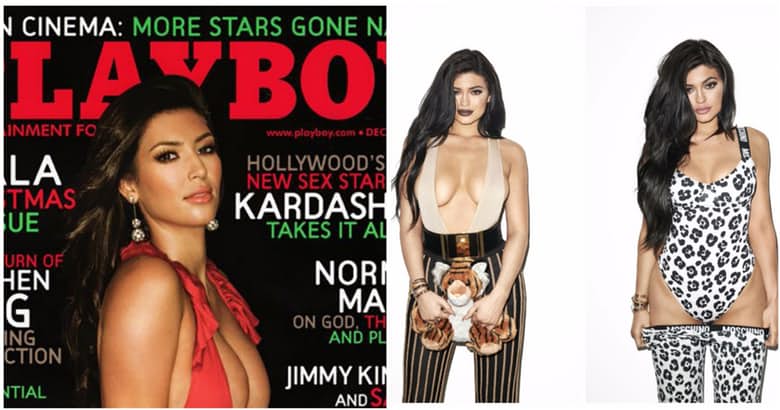 Most revealing Kardashian-Jenner photoshoots – The Kardashian-Jenner family doesn’t mind being looked at, as it is possible to follow them through their everyday lives on Keeping Up with the Kardashians.  Kim used to work as a stylist and personal shopper for Paris Hilton and Lindsay Lohan, Kourtney and Khloé created their own boutique DASH, Kylie has her own brand of cosmetics, Kendall is a top model and Kris makes sure the girls are seen by as many people as possible, as explained by People.

They worked hard to look good, and now they are proud to use their fame to take part in the sexiest – and raciest – photoshoots. There is one way to recognize them in pictures: their big butts and breasts they are not ashamed to show. Their bodies changed the fashion industry as a Vogue headline read: “We’re Officially in the Era of the Big Booty.” Curves are now a roller coaster that gives you the best thrills and the Kardashians-Jenner don’t mind pushing the limits with their attention-seeking arsenal.

Let’s give them the attention they want by looking at the 20 Raciest Kardashian/Jenner Photoshoots ever:

“ad-even”> It is time to get dirty, and Kim literally did that by crawling in a pile of dirt. The reality star posed in a much grittier setting for a photo shoot styled by her husband Kanye West and photographed by Juergen Teller. The star earning $50 million per year looks like the sexiest girl in the small village posing in an amateur photo shoot with her best girl friend. Even though she doesn’t look her best, the cheap style makes her look more accessible and rebellious. If you were looking for something racy, this was certainly risqué.

It seems like the photographer didn’t want Kim to feel like she was the only one half-naked so he took off his pants too, even though he kept wearing his winter coat. Kim was probably seduced to know she would pose at Chateau d’Ambleville in France, but the story doesn’t tell if she knew she would only be posing in the fields around.

“I have a Bentley at home, I don’t need a Volkswagen beetle”- Reno Omokri replies a slay queen