The Game slams Meek Mill after he tries to broker peace, Meek slams him harder – See what he posted! 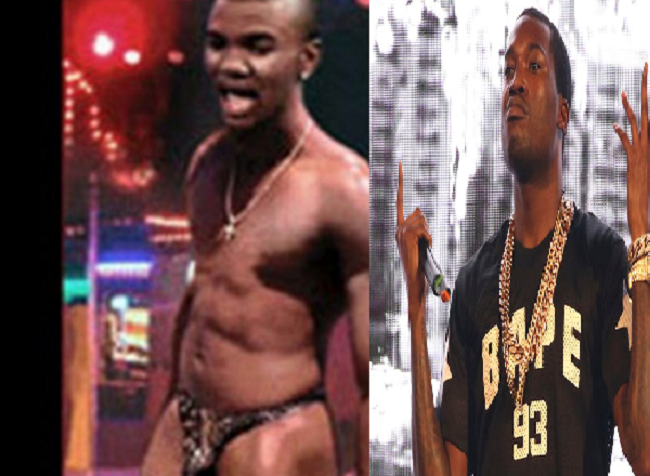 Meek Mill – Rapper The Game started this online feud with rapper Nicki Minaj recently. The Game kept posting memes of Meek Mill, mocking him, saying he was a snitch and threatened to beat him up in a fight. Well Meek Mill seemed to have had enough and posted what looks like a Photoshop of The Game.

Another rapper,Big Meech tried to broker peace between The Game and Meek but the game kept going hard on Meek. 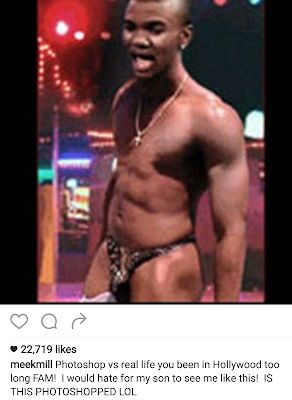 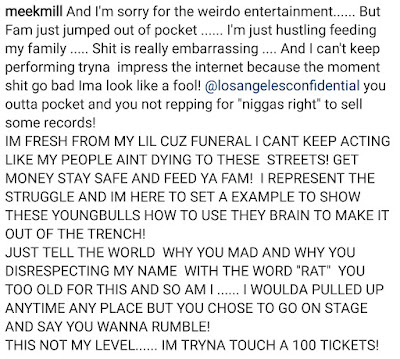 Meek Mill then made the comment above hoping to broker peace. From The Game’s screenshot, it seems he also tried to call him to squash the beef, rather than talk to him, The Game posted the screenshot below of 4 missed calls from Meek. 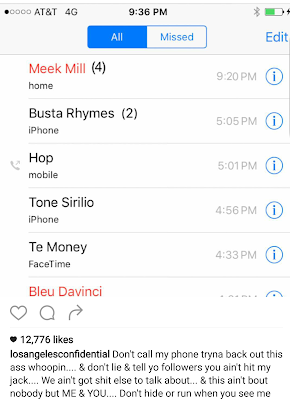 The Game then shared the screenshot of his phone, still threatening to get in a fight with Meek and beat him up.
Then Meek Mill released the text conversation he had with The Game in June following the Sean Kingston robbery incident. 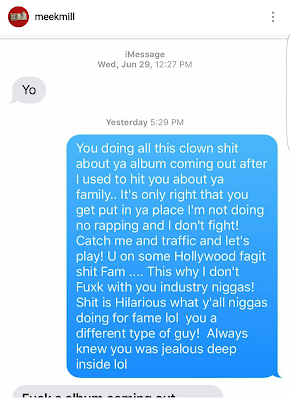 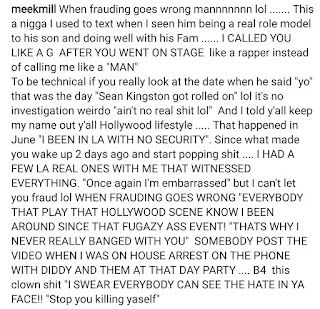