Kiss Daniel is now the most arrogant artiste in the Nigerian music industry?? You need to see this! 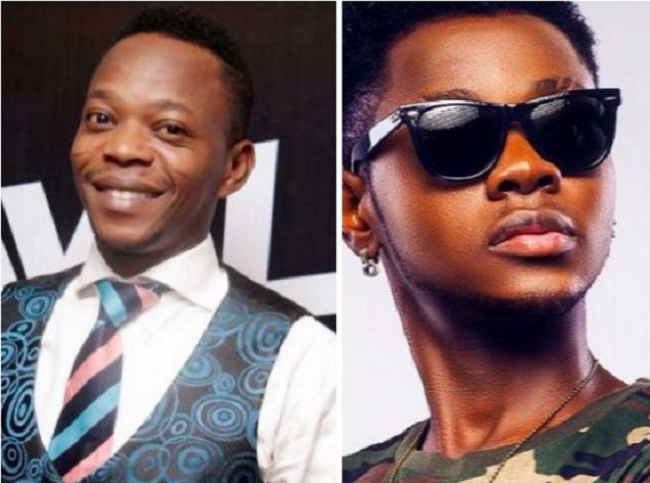 Kiss Daniel is now the most arrogant artiste – Popular comedian Koffi who is usually quiet and away from controversy has stated that as a matter of fact, the reason Kiss Daniel doesn’t headline shows or perform at major events is because he is arrogant.

Indeed Kiss Daniel has released arguably the best album by a Nigerian this year but shows and endorsement aren’t trailing him unlike his colleagues. While the likes of Ycee will be performing at the MAMA, it appears Kiss Danielwill only be watching them instead.

Koffi has said arrogance is the reason why this is the case.

Read What he wrote on his page earlier….

First artiste to ever have a number 1 and number 2 video on the MTV Base countdown for weeks. First new artiste to ever drop an album without any major industry collabo. First artiste to blow up within a short period of time yet like Burna Boy hardly headlines any major shows, why? Let it be known that Mr ‘Jombo’ truly did not come into the music scene to ‘woju’, he proved his mettle ‘Laye’, and has been having a ‘Good time’ with his ‘Mama’ from ‘Sin City’. This express ride might be short lived however if our favourite fine boy does not cut the double face act.

The fans see a sweet young man on the tube but behind the works the G worldwide king’s manager is killing the brand. A facade of humility is sold to the public, but the arrogance beneath is as hot as magma flowing from an expired volcano. Hot but soon becomes ash or turns solid stones that go nowhere when it cools off. I don’t know how these Actistes suddenly get the airs of “I too mush” and throw caution to the winds. They surround themselves with sycophants. Milking maids in the name of managers. How can a young man see such breakthrough in life and gradually poke posterity in the eye.

Laying bad tracks along your career path that you won’t be able to thread upon on your way back. Right now we all know that like Mr M chairman I, King Tuface (2Baba) is barely churning out any hit songs but humbility has got them going even if their concert wowo small. Here you are an advanced ‘Photocopy’ version of 9ice and you ain’t picking points from what happened to your original progenitor despite his huge success(only Naija nigga to play at Mandela’s birthday).

Album is a few weeks away and the management of an artiste turns down major interviews, over bills clients for gigs and would rather arrogantly stay home on each of those days and loose mileage, connect and some rabar. Go and ask D’banj if he would dare make such a mistake again in his life. This write up is not to attack the Lion but to let the people around him know that if care is not taken a wounded dog like Chuddy K, W4, Ice Prince, Ikechukwu, D’Prince (who is no longer here) will be better than a dead Durella.

Wake up my dear dream interpreter let God not judge you wrong. Shaddout to humblesmith too for not coming anything close to his name whilst a veteran like Ras kimono is turning up at every show killing it and staying on fleek. Oritsefemi be careful, it was not a publicity stunt, you and Danku got whipped due to his dumb managerial ability, retrace your steps before the ‘Mercies of the Lord’ abandon you finally. I don talk my own but as usual my mouth dey smell, make I run go back studio go tidy up recording on my#CollaboraShunz album, all of una dey craze with the yeye social media frenzy wey dey make una loose common sense.